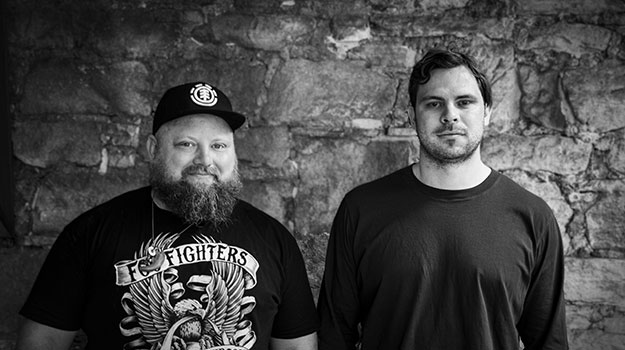 Johnson started his career at TBWA Auckland, before joining DDB Sydney in 2015. For the past three and a half years he has been working with Berents at BMF, developing the ALDI ‘Good Different’ platform and the ALDI Christmas campaigns. He was also behind the work for the Australian Department of Social Services, including the ‘Stop it at the Start’ campaign.

“We are building an agency driven by data, strategic and tech smarts but at its heart, it requires creative ingenuity to allow brands to engage meaningfully with people – Tom and Chris are an important new part of that capability,” said 303 MullenLowe managing director Joanna Gray. “It’s great to have them on board.”

“These are exciting times for us,” said Berents. “Tom and I are keen to get stuck into it with Scott, Jo, and the team, not to mention the exciting list of clients. We are also super excited to be quoted for the first time ever in the marketing trades”.

“Not only are Chris and Tom two of the most incredibly talented creatives you’ll ever meet – they are also two of the nicest human beings I have worked with,” added Huebscher.

This article was originally published on Branding in Asia