Jose Miguel Sokoloff discusses his award-winning work for the Colombian Ministry of Defense and putting a creative twist on government campaigns.

A decade ago, Jose Miguel Sokoloff came up with an audacious advertising campaign.

The brief, which came directly from the Colombian military, was to win over hardened armed guerrillas in the jungle.

His weapon of choice? Christmas lights.

Soldiers in camouflage strung up bright blue lights in large trees at strategic points in the jungle, with a large sign directed at the Revolutionary Armed Forces of Colombia, or FARC.

It read: “If Christmas can come to the jungle, you can come home. Demobilise. At Christmas, everything is possible.”

Dubbed “Operation Christmas”, the campaign was not alone in adopting a more creative approach to propaganda — from leaflets on the Korean peninsula to rumours of CIA pop songs to bring down the Iron Curtain — but it packed an emotional punch.

“I’ve always been an advocate of what our business can do, and what advertising and communication — and propaganda, if you will — can do to change people’s behaviours,” Mr Sokoloff told the ABC. 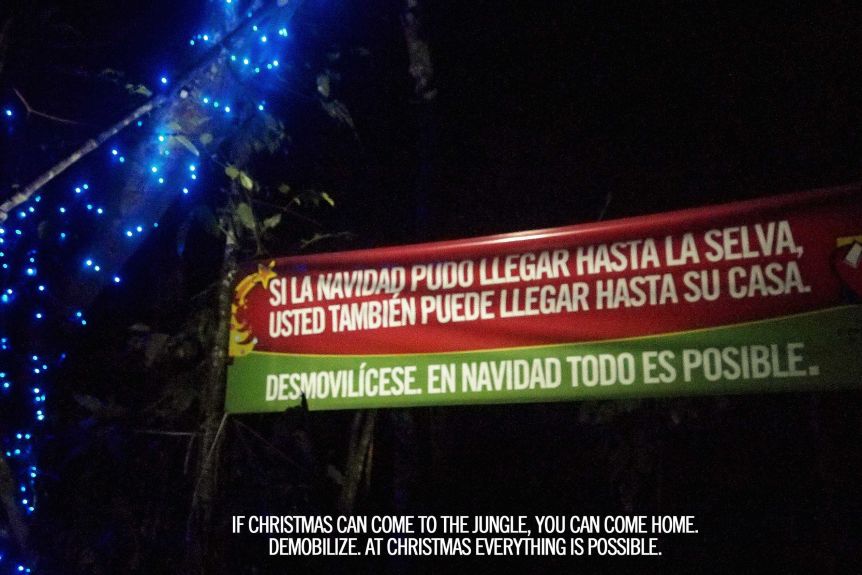 The PR push was designed to capitalise on a trend someone in Mr Sokoloff’s advertising team had discovered — that the number of guerrillas defecting from FARC seemed to peak in December, when some rebels missed their families the most.

When they launched “Operation Christmas” in 2010, 331 guerrillas demobilised in December, a 30 per cent increase compared to the same month the previous year. 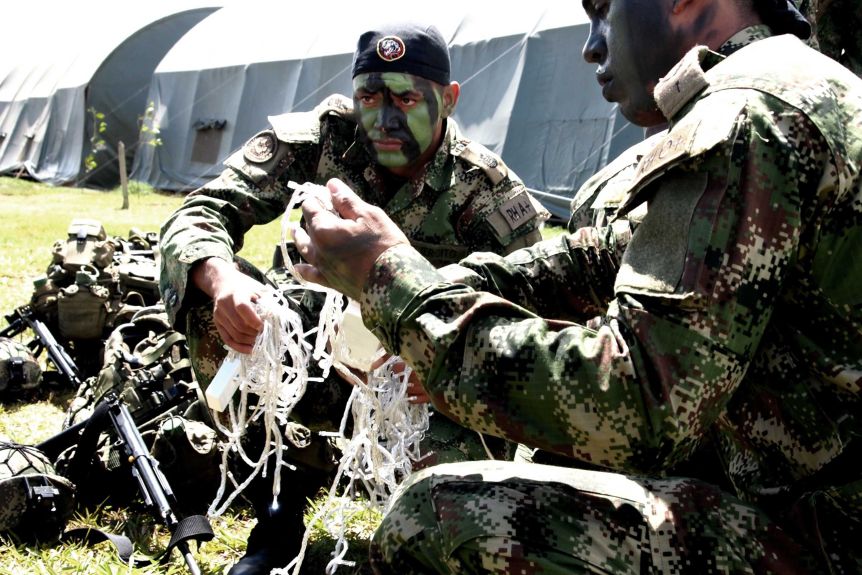 The guerrillas who abandoned FARC then gave Mr Sokoloff’s team new intel that shaped their next campaign; FARC soldiers weren’t walking through the jungle — they were mostly travelling on a network of rivers.

The orbs contained hand-written notes and rosary beads from family members, in what was called “Operation Rivers of Light”.

Mr Sokoloff said between 2007 and 2017, some 20,000 guerrillas left FARC, adding the fact FARC leaders asked for the ad campaigns to be suspended during peace talks is a testament to their effectiveness.

After one of the world’s longest-running civil wars, spanning more than 50 years, a treaty was signed in 2016 and FARC disarmed in 2017, but last year some dissidents said they would return to armed activity. 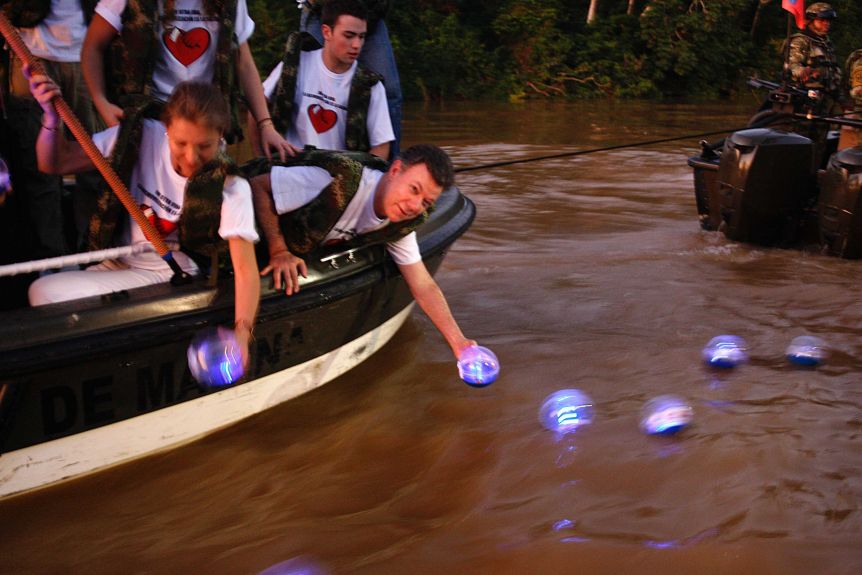 Mr Sokoloff said he’ll never know for sure how many people demobilised because of the campaign and just how much it contributed to the peace process, but it planted a seed in individual minds.

“I would think that psychologically it had an impact … [that the other side] was reaching out in a friendly way, without judgement. And I think that may have had an effect in weakening the resolve.”

At first Mr Sokoloff thought of “Operation Christmas” as just another job and didn’t anticipate the possibilities for peace. At the time, he saw it just “as another difficult brief”.

“Honestly, at the time I don’t think my mind wandered into the historical possibilities,” he said.

For Mr Sokoloff, “storytelling is fundamental”.

“Just stating the facts or trying to convince people without telling them stories is a very short-term solution,” he said.

Mr Sokoloff is currently based in the UK with MullenLowe Group, doing what he’s always done — “a lot of advertising and selling toothpaste and shampoo”, but also public health messaging about the pandemic.

Read the full article on the ABC News