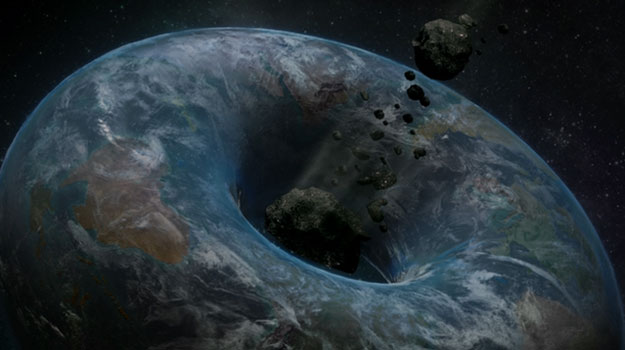 Krispy Kreme believes a doughnut-shaped world is a better world

Last year a new theory emerged claiming that the earth could be shaped like a doughnut. While this might sound unbelievable, Krispy Kreme wholly embraces this idea, imagining a joy-filled, doughnut shaped world. If doughnut earthers are the new kids on the earth theories block, Krispy Kreme wants to give them a big warm welcome for National Doughnut day.

In a series of adorably bizarre spots created by LOLA MullenLowe, Krispy Kreme re-imagines dinosaurs, the Bermuda triangle and tornadoes in search of a more joyful world.

Krispy Kreme is a brand that’s dedicated to bringing the world joy in each of its freshly baked doughnuts and they believe the world would be a more joyful place if it was shaped like a doughnut.

Neil Gledhill, international chief marketing officer for Krispy Kreme, commented: “We can have some fun imagining what the world might be like if it were, indeed, shaped like a doughnut. But there’s no debating this: delicious, melt-in-your-mouth Krispy Kreme doughnuts make the world a better place. And celebrating with our fans on a global scale is even more fun.”