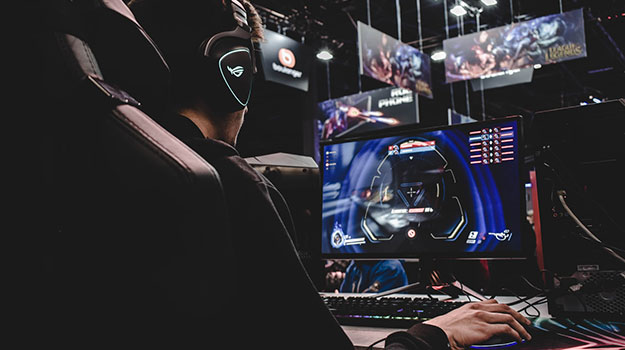 Esports have been tempting marketers for years as a way to reach an ever-growing and influential young audience that makes up about two-thirds of Gen Z and Millennial consumers. That audience is projected to grow exponentially, with Business Insider predicting its global reach of 646 million viewers by the year 2023.

Indeed, gaming in general is having a massive impact on Gen Z and Millennial consumption diets – in fact, research undertaken by Mediahub’s consumer insights tool, Scout, has shown that if you’re a gamer, a whopping 42% of your daily media consumption is dedicated to gaming. But what’s not captured by recent headlines is that gaming content is much bigger and more nuanced than just esports.

One example: New data from NewZoo shows that only 6.5% of a total 3.4 billion viewership hours on Twitch and YouTube gaming in Q1 2020 was dedicated to esports. That leaves billions of hours for other gaming content.

Esports, the term, has become shorthand for what is actually a much broader gaming ecosystem, and has conflated how marketers perceive the category.  Simply assuming esports is the default answer inadvertently leaves eyeballs, influence and revenue on the table.

Here are three guidelines brands can follow to help expand their gaming strategies beyond esports for better engagement.

Remember That Gaming Is Not Just A Hobby, It’s A Full-Blown Media Channel

We are used to thinking of “gaming” as something people do, not content people consume. The reality is that gaming is now the dominant media channel for Gen Z and Millennial gamers, with research showing that it accounts for a larger percentage of time-spent than TV and streaming combined.

But related marketing spend hasn’t kept pace. Our research found that while streaming accounts for 21% of gamers’ media diets, brands are spending a collective $15.7 billion.  Compare this to gaming, which accounts for 37% of their media diet, but where brands are only spending $1.5 billion.

Brands need to start thinking about gaming alongside other media more broadly, developing media and content plans for this channel as they would for other strategic media opportunities.

Acknowledge That “Gamertainment” Is A Major Pillar Of Pop Culture

There was a term coined a few years ago that doesn’t get as much credit as it deserves: “Gamertainment.”  It’s the idea that there’s an entire culture of entertainment that emanates from, and exists around, gameplay. It’s the sum of all the conversations, streams, cultural influences, style influences, music influences, and food influences.  And it’s seeping into pop-culture.

Oddly enough, the leaders of this cultural movement are mostly ex-esport athletes.  These breakout influencers and tastemakers within the gaming community now account for one-third of the people gamers follow on social – more than their friends and family. Their opinions carry weight: Gamers say these “gamertainers” are 75% more genuine than general influencers and 86% more relatable.  And they’re having a major impact on gamers’ spending habits outside of the category. Research shows that 34% of gamers have bought something because they saw one of their favorite Gamertainers wearing it or promoting it, 18% of gamers have checked out music that Gamertainers recommend, and 67% of gamers say that gaming has impacted what they eat.

In a world of ad blockers and premium content where marketers are struggling to interact with consumers gaming remains one of the most engaging branded environments.  And the best part is gamers actually want to see brands in the space. In fact, 42% of the gaming audience says game-related ads are the most impactful places brands can show up, making gaming the second most impactful channel behind YouTube (44%).

Gamers understand that brand dollars go a long way toward making their games better, as 58% of gamers like that brands are funneling money into the category. And if brands know what you’re talking about then they’re in an even better position to be well perceived, as 72% of gamers actively want you there if your brand understands and supports gaming culture.

As a whole, brands should start to think about gaming just as they do sports, music, or entertainment.  Gaming platforms like Twitch and YouTube Gaming should be included in video buys, Gamertainers need to be included in social campaigns, and in-game stunts need to be considered for activations.  And yes, esport sponsorships should be considered for sponsorships, but the most successful brands will incorporate these into a broader, more holistic gaming strategy.

This article was originally published on MediaPost