Pony Malta, one of the leading beverages among teens in Colombia, along with MullenLowe Group agencies, MullenLowe SSP3 and LOLA MullenLowe, is launching an initiative to help victims of bullying through freestyle – a trend that has gained global attention among young people in Colombia.

The initiative, #BeatTheBullying, unites some of the most famous artists in the genre – Marithea, Yartzi and Valles-T – to respond to hateful messages in a live event on 26th March. The event will be broadcast across YouTube, Twitch, Facebook and Twitter, with the artists responding to cyber bullying comments received by young people across social media.

#BeatTheBullying aims to encourage people to raise their voice against bullying, with the artists coming up with spontaneous lyrics in response to comments in real-time. They will also launch a song with a powerful message which will be available on Spotify.

“At Pony Malta, we are constantly looking for ways in which we can help kids feel safe when speaking up against bullying. #BeatTheBullying is another way in which we are raising awareness of this issue. By using art and music, we hope we can promote this in a healthy and respectful way, but mostly, help drive positive change,” said Juan Alonso Torres, non-alcoholic beverages marketing director at ABInBev. 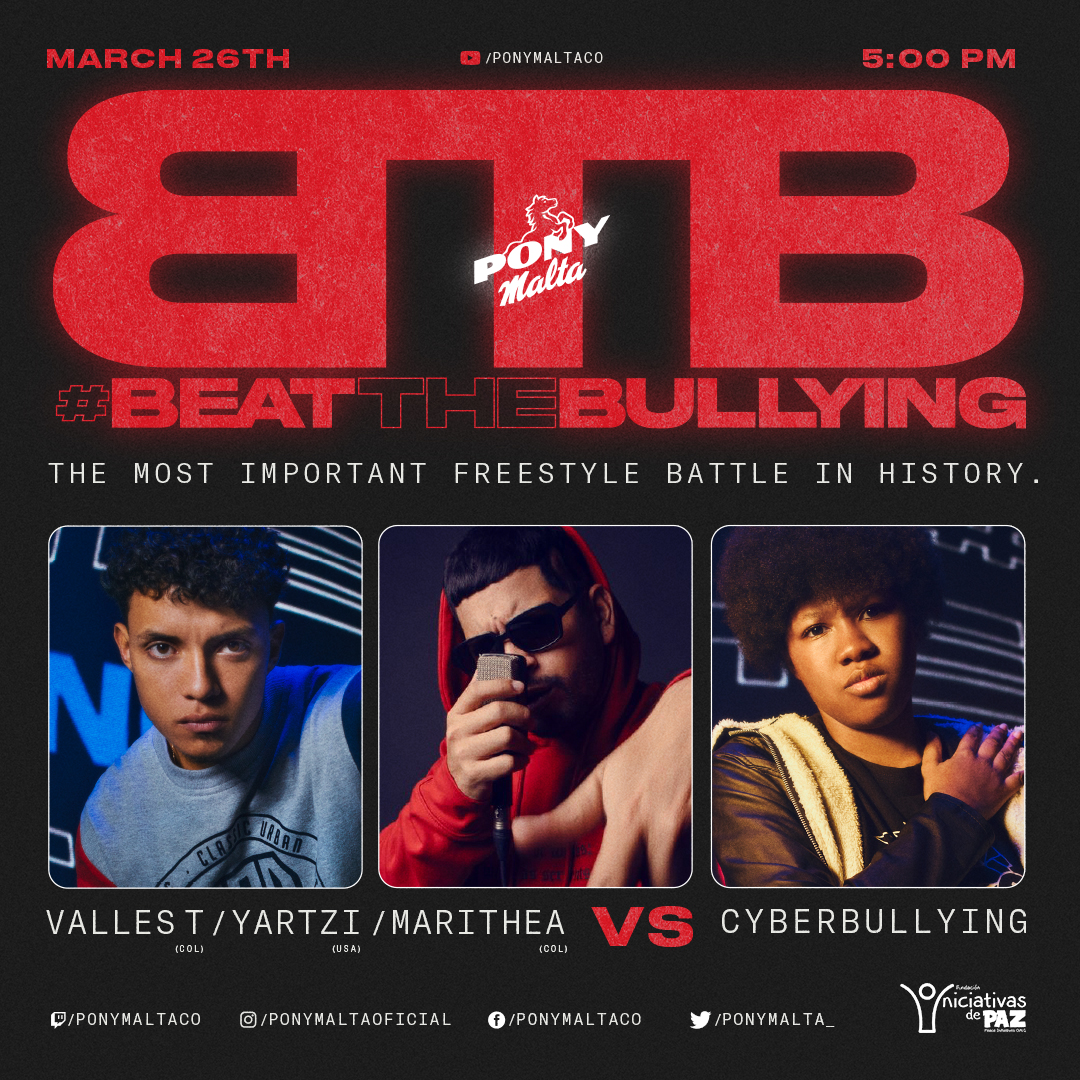 “This campaign became a personal effort so that kids, like my son, do not have to fight this battle alone,” said Guillermo Siachoque, Creative Director at MullenLowe SPP3.

Tomás Ostiglia, executive creative director at LOLA MullenLowe added: “The right word said in the right moment hits harder than hate. To understand this, just watch Valles-T, Yartzi or Marithea in action. Hopefully, with this initiative presented by Pony Malta, we can inspire many other kids to raise their voices against bullying.”