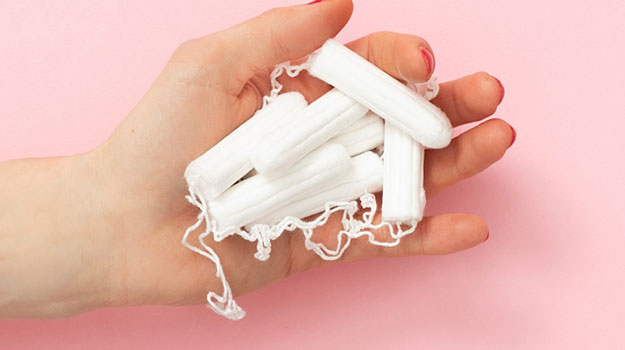 Shiv Brunwin, People Director at MullenLowe Group UK asks, is 2020 the year that we talk about that thing that happens every month to half the population that we just don’t talk about?

I’ve been thinking a lot about periods this year. It’s partly because I’ve just read the brilliant Period (About Bloody Time) by Emma Barnett, which completely opened my eyes to the social, political and economic effect ‘old Aunt Flo’ has had on my life for 22 years without me even realising. But also, because it finally seems like our ‘monthly’s’ seem to be having a moment.

The most recent ad in the phenomenal ‘This Girl Can’ campaign by FCB Inferno contains a British televisual first: the completely normal sight of a woman in her underwear with a visible tampon string. In addition, we have seen new legislation come into force for schools in Britain having to legally provide free sanitary products to menstruating students.

In recent years we have made huge progress in finally bringing the conversation around mental health into the workplace, yet 60% of menstruators said they would feel uncomfortable discussing periods with their boss (CIPD). For most of us that ride the crimson wave every month, we can go about our day as usual without much fuss or impact on our daily lives. But for many women their periods control their life. I have worked with women whose crippling endometriosis consumes them, women who get cramps so badly that they can barely move, woman who get hormonal related headaches so badly they can’t get out of bed.

Sadly, the number of women this affects is higher than you think, as the same CIPD survey tells us that 57% of employees say they had suffered from period related health issues. Even if your ‘shark week’ seems like a breeze in comparison, show me a woman who has never sat in a meeting unable to concentrate because she thinks she may have bled on the seat, or finds herself uncontrollably crying because her emotions are running off without her, or feels less herself and less confident five days a month. Or the one we have all done; the bloody walk of shame where we shoved a sanitary product up our sleeves/bras/shoes to sneak it to the bathroom because god forbid people know we bleed. This is stressful enough for cis women, but I can’t imagine how traumatic this would be for a trans person.

If you menstruate it will have an effect on your body; the hormonal changes make us perform and behave differently depending on where we are in our cycle. I only learnt last year when I read Annie Auerbach’s fantastic book Flex: The Modern Woman’s Handbook, that our menstrual cycle is broken into four phases each of which effects our ability to perform certain tasks. The sports community are taking into consideration these phases, and the impact they can have on sportswomen’s performance. The US women’s football team credit changing their training schedules to reflect their team’s menstrual cycle as a huge factor of them winning the World Cup last year.

Looking at inclusivity through a wider lens

Women’s health is finally starting to be considered by employers who realise that to be a progressive employer, you need to look at what it means to be ‘inclusive’ through a much wider lens. Last year we saw both Ogilvy and Channel 4 launch policies around menopause. At MullenLowe Group UK last year, after a full audit of our people policies, we launched new policies that included supporting our people, of all gender identities, through miscarriage and providing leave for fertility treatment.

I am a big believer that if you truly run your organisation with a people first approach, and focus on kindness, compassion and trust, you don’t need a policy for everything. We must do the right thing on a person by person level. It’s essential to build a culture where people feel psychologically safe, as this will then enable people to feel comfortable in speaking up and in turn revealing what they need in terms of support.

The Exchange from Bloom

Last year I was lucky enough to help co-facilitate a programme called ‘The Exchange’ through Bloom where 23 Bloom women mentored 23 senior men in our industry to start having conversations about how we could bridge the gender divide at work. In one of the post-programme interviews, one of the men told me that taking part in this programme was the first time in his career that he’d had a conversation with a woman about periods in a professional context. He considered himself fairly woke and his agency as increasingly progressive compared to many others. Despite this, he had never really considered what women go through every month and the associated challenges some of them face on such a regular basis. He has now successfully managed to get his agency to provide sanitary products in their bathrooms to at least take out the stress of the ‘sani smuggle’ at work.

It is important to encourage us all to start being open and honest around an issue that affects half of our work force on a monthly basis. Covering up things that impact our confidence and control our moods has the potential to negatively impact our mental health and our ability to be ourselves at work. If we really want to build inclusive work forces let’s start by thinking about everything that affects our people and how we can best support them.

This article was originally published on Creativebrief