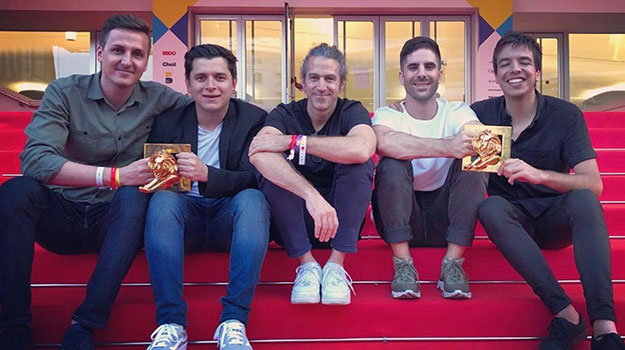 For the second year running, LOLA MullenLowe has been ranked the number one agency in Spain after taking home two Gold, four Silver and three Bronze Lions. LOLA MullenLowe also placed third in Europe and ninth globally following their impressive performance at the Festival for FELGTB, Burger King, Pescanova and Magnum.

In LATAM, MullenLowe SSP3 has been ranked 15th in the region after receiving one Silver and two Bronze Lions for AB Inbev Aguila Beer and Hyundai.

Burger King was named Creative Brand of the Year 2019, with a final trophy tally of 40, including Bronze, Silver, Gold, Grand Prix and Titanium Lions awarded in a wide range of categories. LOLA MullenLowe contributed one Gold, two Silver and one Bronze Lion for their ‘Birthday Clowns’, ‘Car Crashes’ and ‘Scary Clown Night’ campaigns.

Congratulations to all of our agencies on another great year! Check out all of the winning work here.