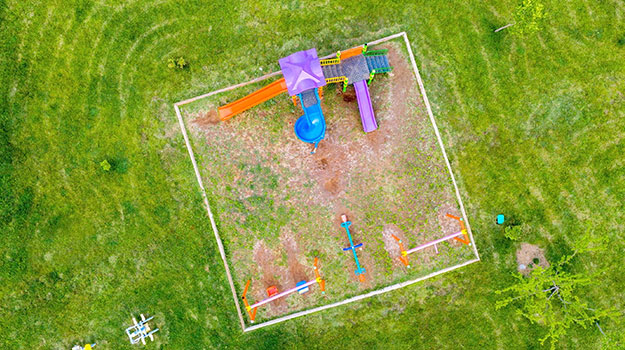 “If you’re one team, trust is built within it”: How Persil and MullenLowe London pivoted to celebrate staying home during lockdown

The brand that has long been the proponent of Dirt is Good and outdoor play, suddenly had a new tagline to offer.

As the lockdown began in early March 2020, no one could have predicted what the next few months were going to hold. For individuals, for families and for businesses, this has been the single biggest upheaval that many have faced to what is considered to be our normal, everyday lives.

With schools, businesses and restaurants shut and the country in lockdown, marketing messages were scrambled. Some campaigns immediately felt out of touch or inappropriate, while others blended into one mass of attempted reassurance and Zoom grid tiles.

For the collective team at MullenLowe London and Persil, they quickly realised they needed to drastically pivot their messaging, and fast. Ten days later and the brand that has long been the proponent of Dirt is Good and outdoor play, suddenly had a new tagline to offer: “For years we encouraged you to get dirty outdoors. For now, we thank you for playing indoors.”

Persil’s ‘Dirt is Good’ strapline was the work of Adrian Holmes at MullenLowe in the nineties, alongside the Unilever Persil team, a brand positioning centred around being a force for good. But the effectiveness of the work could only be such if it connected with consumers where they are today. And where that might be, said Nicola Kemp as she opened the latest Creativebrief Explores event series, is “for many of us now, at home.”

Kemp, who is BITE’s Managing Editor, was in conversation with Tati Lindenberg, VP Marketing for Dirt for Good, Persil and Will Dixon, Global Business Leader at MullenLowe Group UK to discuss their thriving creative partnership as the teams worked to pivot the messaging to celebrate staying at home during the ongoing crisis.

As Kemp so said, the Persil/MullenLowe London creative collaboration is an iconic marketing position, born out of arguably “one of the most enduring and effective partnerships in marketing history”.

Lindenberg revealed that the first thing the team did was remove any advertising that showed kids getting dirty outside. When the virus first hit, the brand had continual debates about how best to react to what was happening, trying to decide whether that meant going quiet or speaking up; take campaigns off the air or make something new.

As a brand that reaches 1.6 billion consumers every year across 80 markets, it has always been “complex” to try and craft a message that carries through every market, says Lindenberg. And navigating that messaging under lockdown just added another level of complexity.

“Fundamentally we don’t want to say that dirt sometimes isn’t good because dirt is always good,” explains Lindenberg. “The context in which you’re getting dirty should change but not the idea which was the fundamental of the brand.” The focus for the collective brand/agency team was on being both relevant and meaningful during a difficult time in consumers’ lives.

“We have an approach that we call the figuration of brands,” explains Lindenberg. She alludes to the fact that while there are brand guidelines that carry into every market, there is also a degree of flexibility that must be encouraged. Usually, “the guidance is enough for markets to flourish and land their local insights,” she says. But in this case, a global idea was essential.

Dixon goes on to say that the team recognised they needed “to develop a global point of view that we could share.” He adds that the simple fact of the campaign was that “we were moving our position from being outdoors to indoors, albeit with a simple play on words to Home is Good.”

When the world started to go into lockdown marketing teams either pulled their campaigns and went dark or scrambled to turn something around at speed. This is perhaps why many campaigns fell flat but for the collective Persil/MullenLowe team, the speed was simply a fact of the situation. “It was a record turnaround for us, for sure,” adds Dixon.

After a briefing phone call between Lindenberg and Dixon – “we realised we didn’t have a single Zoom call for this campaign,” says Lindenberg – the team communicated almost exclusively across WhatsApp. This allowed the team, which included an office in Brazil, to approve edits and work globally. It also meant both parties had to be succinct, in both their delivery and their feedback, something Lindenberg reveals was a good lesson for her because, “I had to be concise on my feedback.”

“Traditional means of production were completely out of the window,” says Dixon. “We decided we could develop this ourselves.” So, the team put out a call to both Persil employees and the MullenLowe Group UK network inviting families and children to get involved; “by the weekend we had over 200 pieces of material,” he reveals. It was the first time the brand had released a global UGC ad. But, says Lindenberg, it won’t be the last as the team has a campaign in the works slated for September that will build on the success of the current one.

Dixon says that the process “unified and brought everyone together.” Both he and Lindenberg watched the first edit over the weekend and, he says, “it was really moving to see how this family could come together in this moment and create something so founded in the heritage and the philosophy of DIG but for a really critical and challenging moment in time.”

Lindenberg believes that the team will continue to use WhatsApp moving forwards, although perhaps not at the speed at which this particular campaign was developed. “The big advantage of WhatsApp over Zoom for example is the lack of formality,” she explains. WhatsApp, she believes, is more like a quick tap on a shoulder, a moment to share an idea in real time rather than having to go through the motions of setting up a call. “So, [I] highly recommend for moments of crisis,” she laughs.

Dixon reveals that research conducted by the digital transformation company R3 back in 2016, found the Persil/MullenLowe London partnership to have been ongoing for 117 years. As such the relationship has trust embedded into it, allowing for a certain degree of bluntness and honesty. This was essential with developing the current campaign because it was so unlike those that had been done before. “There was a level of trust from both sides,” Lindenberg adds.

Dixon reveals that it is in fact quite a small team that works on the Dirt is Good business and many of the people have worked on it for a long time. It is a team that knows each other personally, says Dixon, and “that has paid dividends and it’s enabled us to move fast, move as one with one objective and create something, hopefully, special.”

He goes on to explain: “That connection and that ability to be able to play to each other’s strengths and come together as one united team was what was critical. And if you’re one team, trust is built within it because we have the same objectives and we all have a clear role to play and I think that was very true of this particular occasion.”

Having a positive impact

What both Lindenberg’s team at Persil and Dixon’s at MullenLowe London wanted to retain was the element of positivity that underpins the Dirt is Good messaging. The challenge in this current climate was to retain the positive core of the messaging while acknowledging the difficulties of each individual’s unique situation and experience.

Dixon reveals that the team ran some research in parallel with the process. They conducted virtual qual groups and one-on-ones with consumers as they didn’t want to just rely on the WhatsApp group for insight. “We wanted to understand, had we got it right? Tonally, were we on point?” he adds. But thankfully, as one of the participants summed up, the feeling was that, “if any brand has a right to talk about home, then it’s a product that is the heart of home and laundry.”

That innate positivity is something Kemp believes is synonymous with the campaign’s long history. Dixon explains: “We felt that if we were true to the brand and we could have a positive impact and we could potentially play a very, very small part in this challenging period, then we could do that.”

Over time, the team have come to innately understand what Dirt Is Good encapsulates and what works for the positioning tonally, both by taking the right turns but also by taking a few wrong ones too. Something Lindenberg, and the client team, continually pushes the agency on is that, Dixon says, “we are living up to the heritage of the brand. It’s got really iconic status in multiple markets and we need to always hold ourselves true to that.”

“What we know for sure is that people are now looking at their laundry habits in a different way,” says Lindenberg. “And we believe some of the changes will stay.” She reveals that since the outbreak began, 60% of the population all over the world have changed their washing habits, 40% of people are washing their clothes more frequently while 50% of people are adding more product into their wash. The brand is currently modelling to determine how much of this behaviour will be lasting.

The reality is, says Dixon that while behaviour has shifted in the short term, whether it sticks will be a different matter altogether: “We are creatures of habit…consumer behaviour change, it’s one of the toughest [briefs] you can tackle. We’re not easily shifted albeit in these times, necessity bears out.”

Some historic behaviours and practices will still stand he believes; you can’t just cast out the old completely. But, he adds, “we have more opportunities available to us now that have been forced upon us. We haven’t been able to be tentative; we’ve had to embrace them.”

As behaviour shifts and consumers adapt to a world that, in the UK at least, is beginning to emerge from lockdown, Lindenberg feels proud of the campaign’s messaging that, she feels, was so powerful it didn’t actually need a key visual next to it. “People just got it,” she adds.

The pivot of the Persil ‘Dirt is Good’ messaging is a powerful example of what can emerge from creativity under constraint. From a creative partnership with trust at its very core. As Dixon says, “at the end of the day, idea is always king in this situation.” In a marketing ecosystem littered with empty messages that orbit but don’t land, Home is Good speaks to a lifestyle people are living right now. “This is the power of creativity,” says Lindenberg. “If the idea’s good, things will follow through.”

This article was originally published on Creativebrief