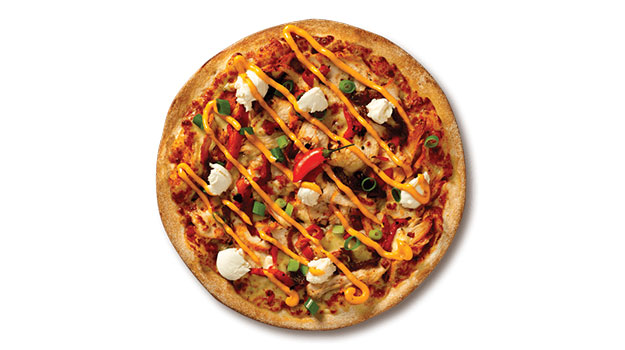 Crust Pizza is rewarding the state that didn’t win this week with the leaders of gourmet pizza giving residents of Queensland free pizza off the back of one of the biggest sporting games of the year.

The campaign, created by 303 MullenLowe, entitled “Slices of Sympathy” sees Crust step in to console the team that didn’t take out Wednesday night’s decider – with Queensland given the gift of pizza to help mend their sporting heartbreak. 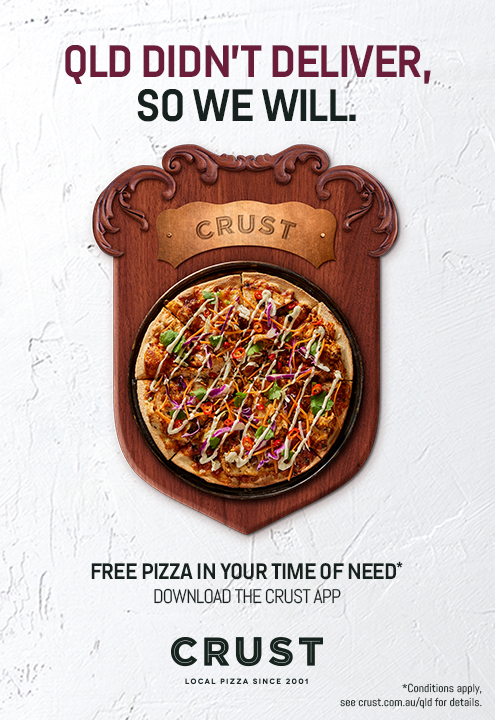 The integrated campaign uses OOH, digital, social and in-store to let them know that free pizza is waiting for them, via Crust’s App.

Crust Pizza divisional marketing manager, Zoe Jacovou said: “This week is one of the biggest in the year for us and we briefed 303 MullenLowe on an idea to keep the momentum going beyond game night.

“We think that pizza is the ultimate comforter, so what better way to nurse a broken sporting heart than to eat it.

“While taking home the trophy last night is a big deal for New South Wales, so too is free pizza so what better way to stick it to the winners?”

303 MullenLowe ECD, Gary McCreadie commented: “It’s not like I was rooting for New South Wales to lose, but if I’m choosing between a New South Wales victory and a free Crust pizza then I’ll take the pizza every time.

“Every brand wants to be noticed during these big sporting events, it’s great that Crust are offering something for people to enjoy rather than just being part of the noise.”

MullenLowe’s Mediahub worked on securing OOH, social and digital in both states in preparation for the series decider.

The real time activation then came to life as the winner of the game was announced.

MediaHub’s managing director, Andrew Livingston said: “Given we’re a hyper bundled offering and we share the same roof, it allowed us to take this brief and respond in a totally integrated way.

“The media was executed as a dynamic real time activation, with an integrated back end that was entirely dependent on the result of the game.

“Thanks to the support of media partners, QMS and Bench, the campaign went live in Queensland minutes after the final whistle of the decider game, whilst the pain of the loss was still fresh.”