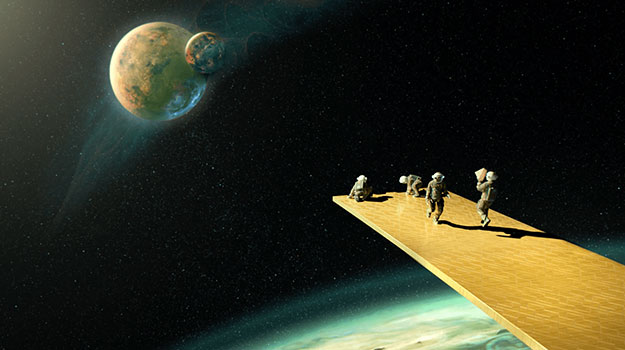 The agency will work directly with lead creative partner 72andSunny

Dropbox has sent its media account to Mediahub New York following a review. The media arm of IPG-owned MullenLowe beat out Starcom, which had previously handled some media duties for the San Francisco-based provider of cloud storage and client software, according to sources close to the matter.

Mediahub will work “very closely” with Dropbox’s lead creative partner, 72andSunny Los Angeles, as the company launches new brand efforts aimed at further positioning it as a leader in helping “problem solvers” get work done through collaboration, according to Jessica English, Dropbox’s head of brand marketing.

“We believe there should be no separation between creative and media and that there are brilliant media-led creative ideas and creative-led media ideas,” English said, emphasizing the importance of having Mediahub and 72andSunny collaborate on campaigns. “We wanted our best minds to work completely in tandem and as one team to go beyond finding placements for the creative we made and/or creative for the media we bought.”

Their first work together has already been released, online and across social this week. The 15-second video angles to show how the brand’s various offerings including Dropbox Paper, Smart Sync and Team Spaces, “help teams find their flow,” free of interruptions, while also highlighting “the evolution of the brand” itself, according to English.

Dropbox spent $28.2 million on measured media in the U.S. last year, and $18.9 million during the first half of 2018, according to Kantar Media.

English said Dropbox named Mediahub its agency of record because “they had the best strategic response to how they’d help us accomplish our communication goals—that Dropbox is far more than storage, [but] rather a collaborative solution that lives at the center of the world’s most innovative teams.” That and the company was impressed by Mediahub’s recommendation to not approach targeting consumers through disruption but by “focusing on moments when we knew our audience would be most amenable to hearing and seeing communication from us that is both interesting and informative,” she added.

“Most importantly, the team instantly felt like they were an extension of our own,” English continued, “having a similar culture, embodying our values and being equally as enthusiastic about our brand journey as we are.”

John Moore, Mediahub’s global president who was named Adweek’s media executive of the year in May, said the RFI Dropbox issued immediately caught his eye because of its emphasis on “unleashing creativity”—a philosophy the agency shares with the brand.

Mediahub, born out of a creative shop, is no stranger to working closely with its clients’ lead creative partners—that was one of the reasons Ulta Beauty said it sent its media account to Adweek’s 2017 U.S. Media Agency of the Year; because of its close-knit relationship with its creative agency of record, IPG’s McCann.

Last year, Mediahub added several new accounts including Ulta Beauty, Wyndham Hotels and Resorts, Chipotle and MTV. In 2018, the pace of new business for Mediahub is showing no signs of slowing following the recent wins of now Dropbox, New Balance and Bloomin’ Brands.