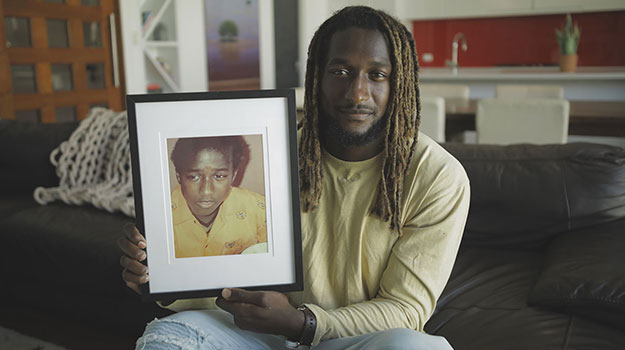 303 MullenLowe has launched Telethon Kids Institute’s Embrace campaign, with the message that regardless of who we are, we have all faced challenges in our lives, and these experiences have had varying degrees of impact on our mental health.

The campaign launch has coincided with the opening of Australia’s first comprehensive research centre in Perth focused on mental health for children and adults under the age of 25. Named ‘Embrace’, this Telethon Kids Institute initiative brings together researchers, clinicians, service providers and the community in a collaborative effort to find new strategies and tools to address alarming rates of mental health issues in this age group.

Young Australians have the highest prevalence of mental health difficulties among all age groups, with an estimated one in twelve 12-17 year olds self harming each year.

“A community approach is critical to answer some of the big questions around child and youth mental health,” mental health researcher and Co-Lead of Embrace Associate Professor Ashleigh Lin said, forming the backbone of the creative challenge.

To maximise reach and garner community awareness of this important issue, 303 MullenLowe has created a social campaign, which harnesses the profiles and follower-base of two high profile Embrace ambassadors, Nic Naitanui and Maggie Dent. The campaign is asking the people of WA (and beyond) to help researchers at the Telethon Kids Institute combat youth mental health issues in Western Australia through personal and financial support.

“The energy that the Telethon Kids Institute are putting into our youth mental health crisis is extraordinary, and now it’s time that the public helped out too. So, we’ve contributed an idea to channel all of our empathy into mass awareness – and then, hopefully, donations.” said Derry Simpson, Managing Director Strategy and Innovation, 303 MullenLowe.

At the heart of the creative idea are Naitanui and Dent sharing a picture of themselves from their own youth as they recount that difficult time. The online videos invite viewers to do the same – post a picture of their younger selves; spread the message with hashtag #supportembrace; and donate at supportembrace.org.au.

“Posting a picture of your younger, vulnerable self makes you feel just that – vulnerable. This small, empathetic act shows young people that we care, that we’re with them, and that we want to help” said Richard Berney, ECD 303 MullenLowe, adding “Please do what you can to join in too.”

The campaign will be seen throughout the year on Facebook and Instagram, with related media support across press and TV. Tax deductible donations to the research can be made at supportembrace.org.au.

This article was originally published on Campaign Brief