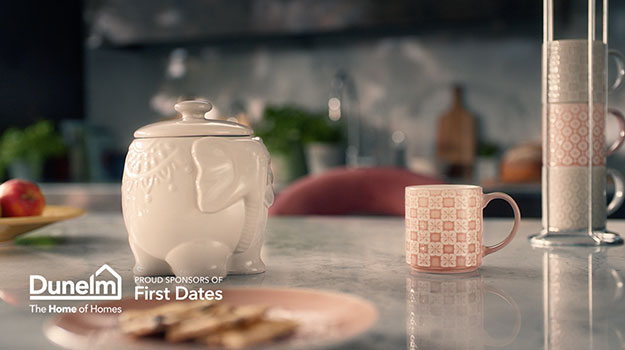 The spots see a collection of home products – including kettles, cushions, cups and toasters – search for an emotional connection through a series of typical dating moments. While a mug accidentally makes fun of a cookie jar, a kettle and toaster decide they were “made for each other”, presumably because they are part of the same collection.

The idents will appear across episodes of First Dates, First Dates Hotel and First Dates Abroad on Channel 4 and All 4 throughout the year. They were written by George Walters, art directed by Bernard Burton and directed by BAFTA award-winning director Richard Laxton through 2am. Media is handled by Goodstuff.

Last year, Dunelm launched a series of idents marking the brand’s sponsorship of ITV’s This Morning.