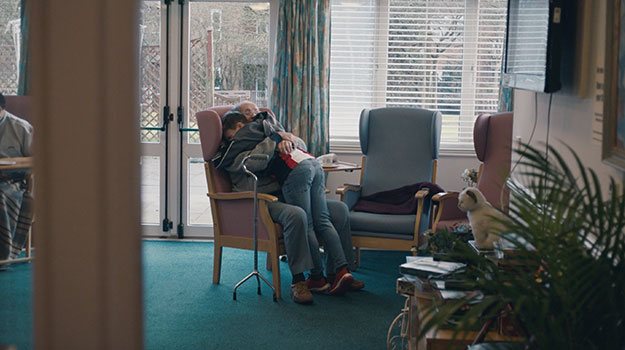 Vascular dementia causes emotional heartbreak, not just for the sufferer but also for those around them – including young family members. In MullenLowe London’s ‘Swear Jar’ for the British Heart Foundation, we see a young boy, Billy, going to great lengths to try and get his family to swear by setting up a series of pranks around the house. After a visit to his grandad in a care home, we learn why Billy is acting up – to raise money for the British Heart Foundation through his swear jar.

The campaign aims to drive donations while communicating the scope of the British Heart Foundation’s research – that it extends beyond heart diseases to include multiple, and often connected, heart and circulatory conditions such as stroke and vascular dementia.

Swear Jar will also be supported by a multilayered social ad campaign. Firstly, the charity will release a series of behind-the-scenes films of Billy’s pranks on his family. Secondly, the British Heart Foundation will publish a campaign that further highlights the impact of vascular dementia by showing children who have experienced their grandparents’ decline at the hands of the illness.

Media is being handled by PHD and The Kite Factory and launches nationally today (14th February) across TV, cinema, VOD, social, OOH (48 sheets and six sheets) and DOOH.

Mark Elwood, executive creative director at MullenLowe Group UK said: “You can give people the statistics on vascular dementia, but it will never bring home the human impact of the disease: on the sufferer and those closest to them. We wanted to tell that story in a way that was impactful but, ultimately, hopeful.”

“Grandad in our campaign had two strokes and now sadly has vascular dementia – this story is unfortunately only too real and common.” said Carolan Davidge, director of marketing and engagement at the British Heart Foundation. “With this campaign we are continuing to talk about the breadth of the BHF’s research and the fact many heart and circulatory conditions are connected. We want people to understand just how valuable the BHF’s research is and that it’s only with their support we can continue to make life saving breakthroughs.”