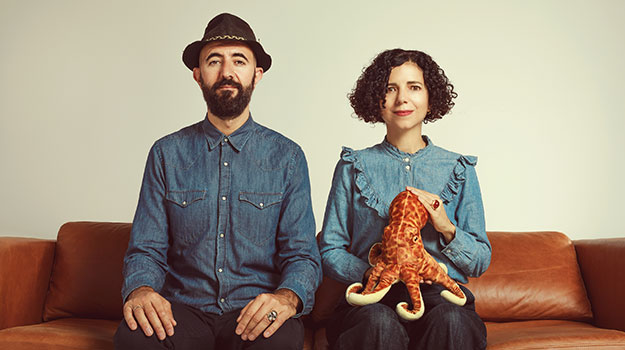 Creative teams—especially duos—are fun to watch. From university days to first placements—then on to bigger agencies and brands—the portfolios tell a chronological and evolutionary story. Some creative pairs have been together for a long time, and MullenLowe LA snapped up the team of Laura Sampedro and Carlos Alija as executive creative directors at the agency.

“Laura and Carlos bring unexpected creativity to everything they touch, whether it’s for a beloved global brand or a product in an unconventional category,” said MullenLowe U.S. CEO Lee Newman, to whom the pair will report. “Beyond their incredible pedigree and portfolio, they bring a crystal clear leadership vision to the creative culture at MullenLowe.”

Indeed, Spain natives Sampedro and Alija have a very well-heeled and impressive global career together in markets such as New York, London, Sydney, and their home country at agencies including Wieden+Kennedy, Australian agency BMF, BBDO Madrid and Anomaly. The pair have touched major brands including Nike, Honda, Finish, Aldi, Renault and others.

The duo, who met 16 years ago, was most recently at Anomaly in New York, leading Coca-Cola’s first campaign since the pandemic started, and shortly after the MDC Partners shop became the brand’s U.S. AOR. According to Sampedro, MullenLowe was recruiting her and Alija for awhile, including up to when the account went to Anomaly.

“It’s great [that Anomaly won the business] and we wish them the best of luck, but we had already put our minds into this new challenge [at MullenLowe LA],” said Alija. “There was not a lot that Lee [Newman] had to do to bring us on board. They are a well-established, creatively driven agency.”

Sampedro and Alija’s industry tenure, a wide range of successful global work across several categories, seems a perfect fit for an agency like MullenLowe LA, seeking to build a new chapter in its history. According to Sampedro, who started her career as a creative strategist, moving into a new market armed with this kind of experience is a plus.

“I’ve lived in four countries and wanted something different,” she said. “We’re looking to bring in a totally different point of view on how to build our teams and create breakthrough work.”

“We won’t bring in any magic formulas,” added Alija. “But we do bring 20 years of experience across categories and brands. We will build a great creative culture where anyone from any department feels inspired, supported and where every individual contribution can make a difference and move the agency and the brands we work with forward.”