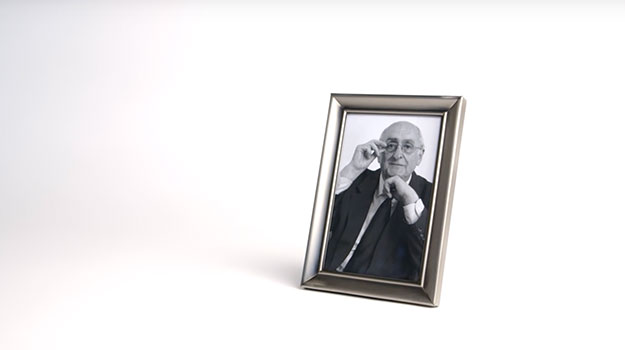 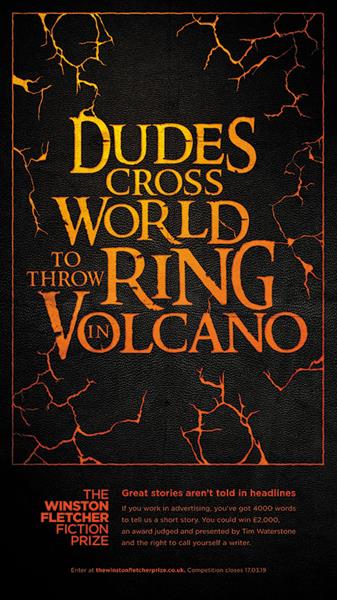 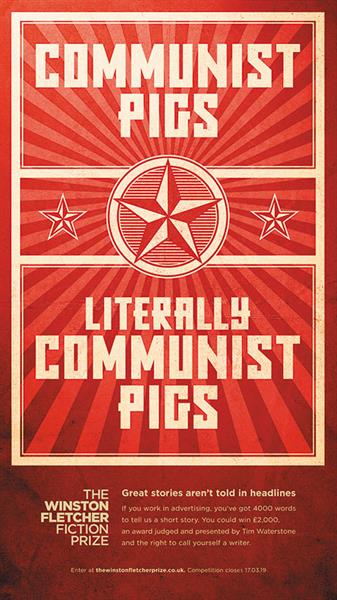 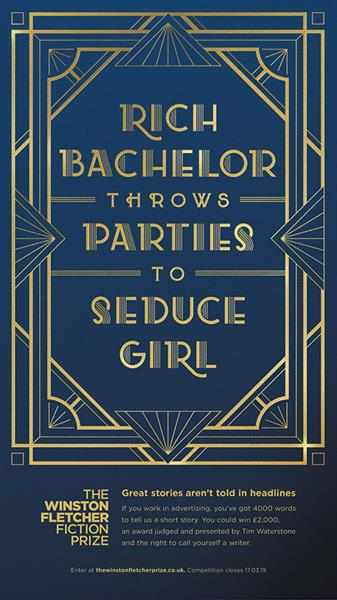 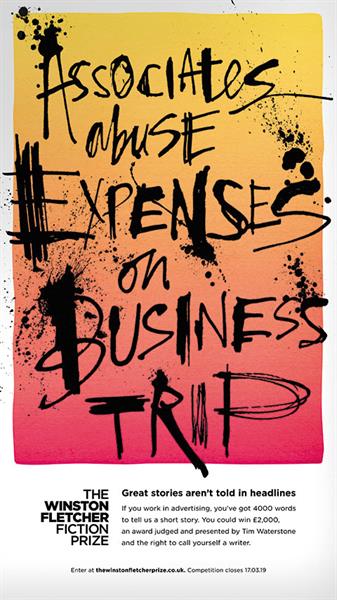 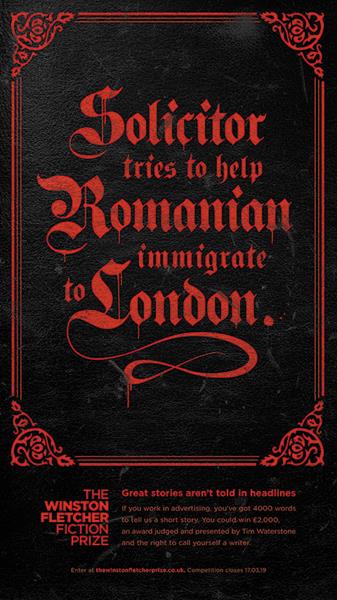 Ahead of the Winston Fletcher Fiction Prize, an annual competition open to those working in advertising and marketing, MullenLowe London has created an out of home campaign to drum up awareness.

The campaign gives alternative titles to some of the world’s greatest novels, with the tagline ‘Great stories aren’t told in headlines’. The rewritten titles include ‘Communist Pigs. Literally Communist Pigs’ in place of Orwell’s Animal Farm, and ‘Dudes Cross World to Throw Ring in Volcano’ for Tolkien’s The Lord of the Rings.

The posters invite the next great fiction writers from the advertising industry to submit their works of fiction, up to 4,000 words. The winner will receive a cash prize of £2,000 awarded by a jury chaired by author, philanthropist and founder of Waterstones Sir Tim Waterstone.

The campaign will run in digital and traditional OOH until 24 February. The Winston Fletcher Fiction Prize was created in memory of one of advertising’s greats, the late Winston Fletcher (1937 – 2012), who was also a prolific writer. Its purpose is to encourage and recognise great writing amongst the advertising and marketing community.