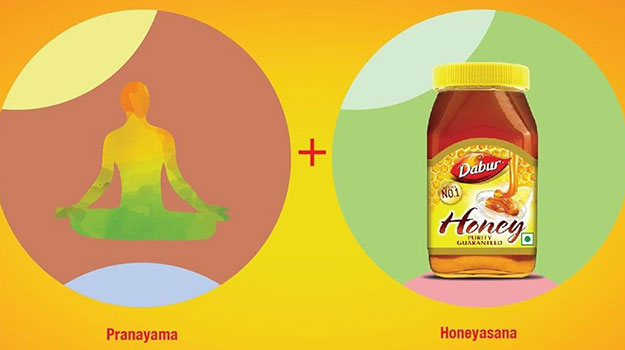 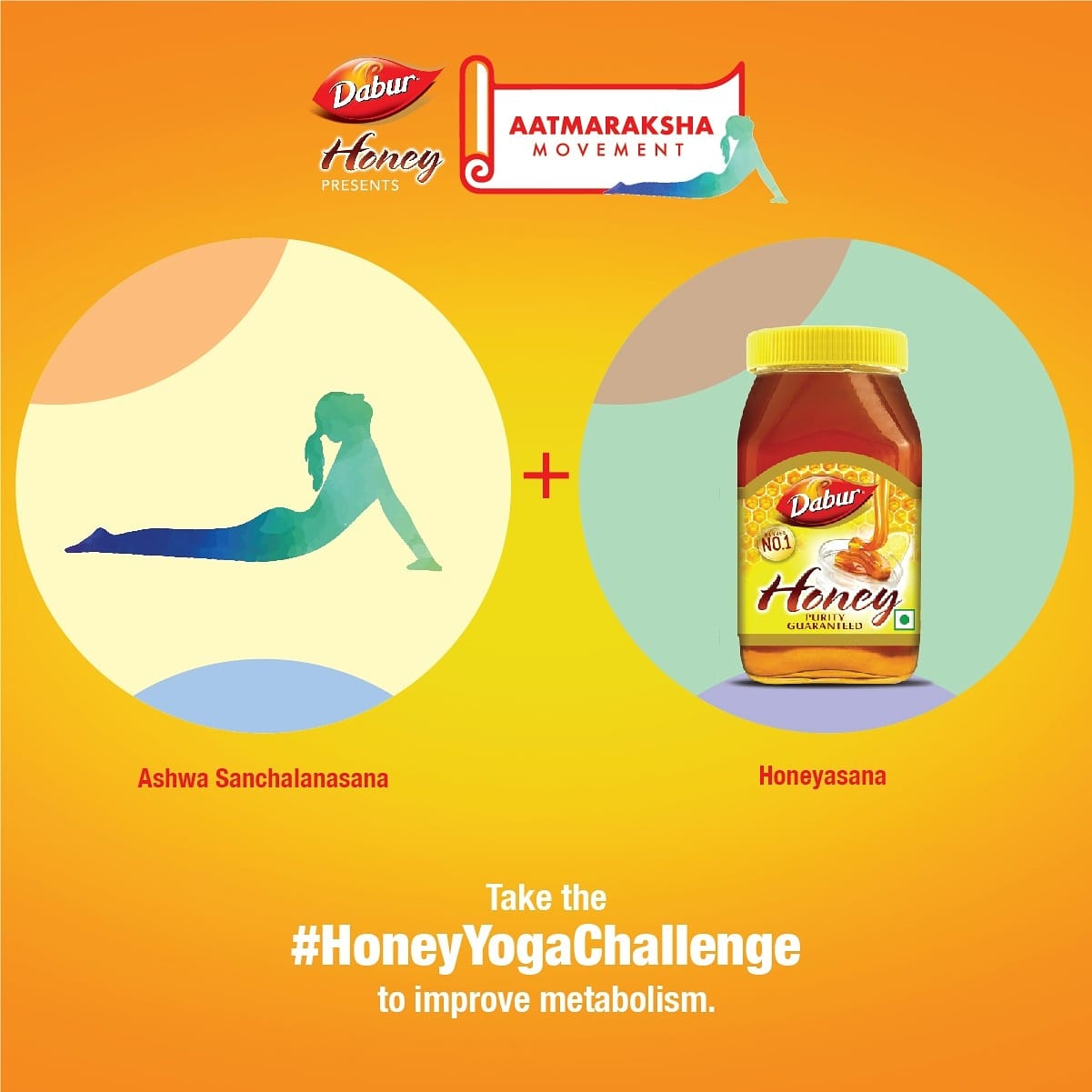 Practising yoga regularly is believed to have multiple health benefits, and so does Dabur Honey. But when blended together, they form the perfect solution for a healthy lifestyle. In the current scenario, with the country unlocking, prioritising health is of utmost importance, and this is exactly where the Dabur Honey campaign stems from.

This International Yoga Day, Dabur Honey spearheaded a holistic health campaign, AatmaRaksha Movement, wherein through the #HoneyYogaChallenge, the brand urged everyone to do as many Suryanamaskars as possible. Suryanamaskar – or Sun-salutation – is a popular asana/technique that improves overall health, strengthens the body’s immune system, and relaxes the mind. The film advises people to pair this yoga exercise with a glass of lukewarm water mixed with Dabur Honey, and make it a morning ritual for best results. The campaign is endorsed by Mandira Bedi, a highly recognised fitness enthusiast.

Talking about endorsing the movement, Kunal Sharma, category head, Dabur Honey and Glucose, said: “In the current times, yoga is being increasingly adopted as a practice to keep oneself healthy and build one’s immunity to keep themselves protected. Dabur Honey has decided to transform this into a movement on International Yoga Day as the AatmaRaksha Movement. To build engagement, we have decided to give it a spin called the HoneyYoga challenge asking people to marry the two good habits of yoga and warm water with Dabur Honey and to do this regularly to build one’s immunity and health.” 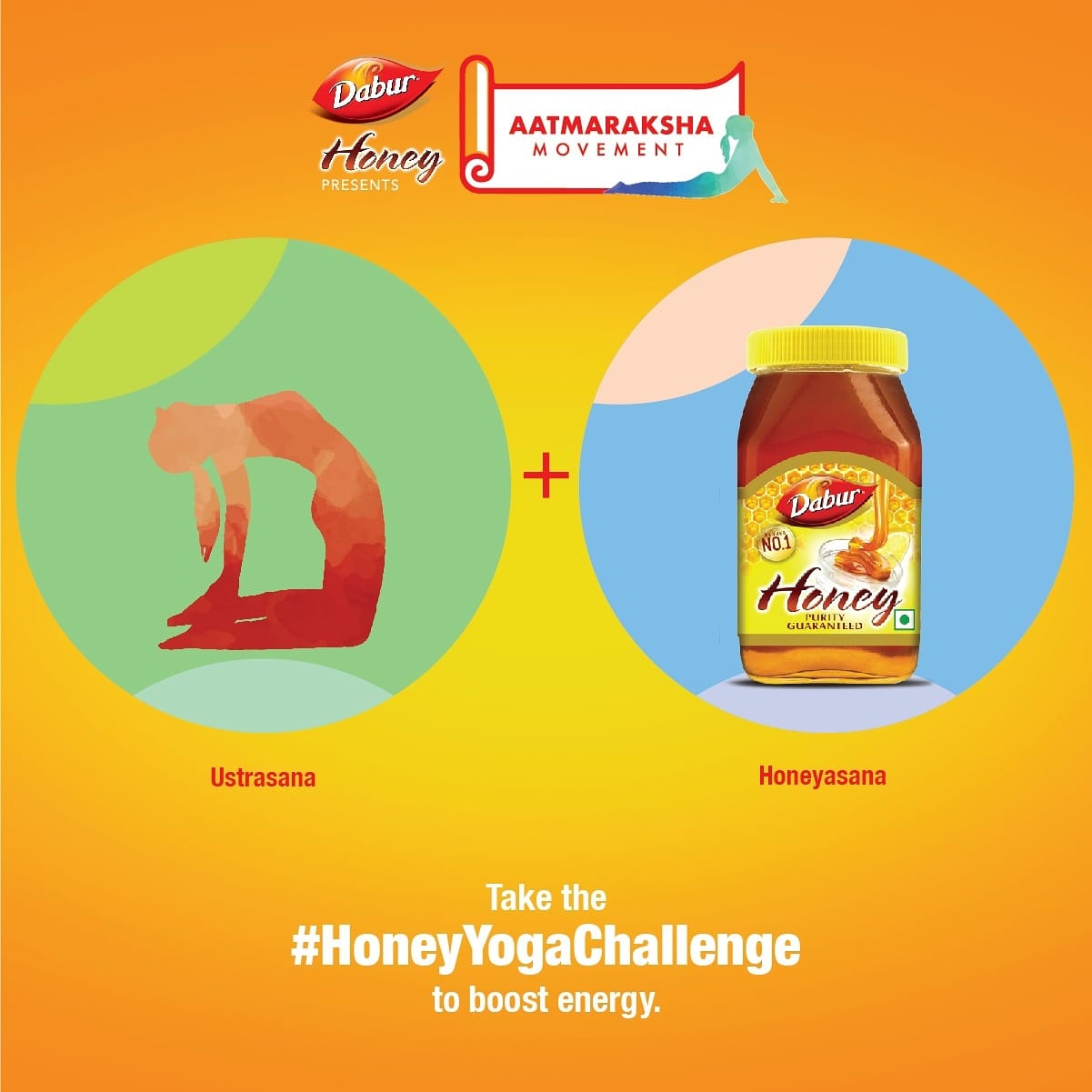 Commenting on the campaign idea, Azazul Haque, CCO, Mullen Lintas said: “There are many multiple Indian practices that builds the human immunity. Drinking Dabur Honey everyday with warm water is one of them. There is another Indian Practice that helps in Boosting immunity immensely, that’s yoga. So on International Yoga Day, Dabur Honey thought of educating people about the immunity boosting benefits of the two Indian practices. And for that we even roped in Mandira Bedi, a famous actress who is also known for her fitness. A fully digital campaign is also conceptualised to educate people about the immunity benefits of yoga and drinking Dabur Honey daily. Given times of today, when human immunity is extremely important, we believe such topical campaign will give a boost to the growth of Dabur Honey along with the immunity of the consumers.” 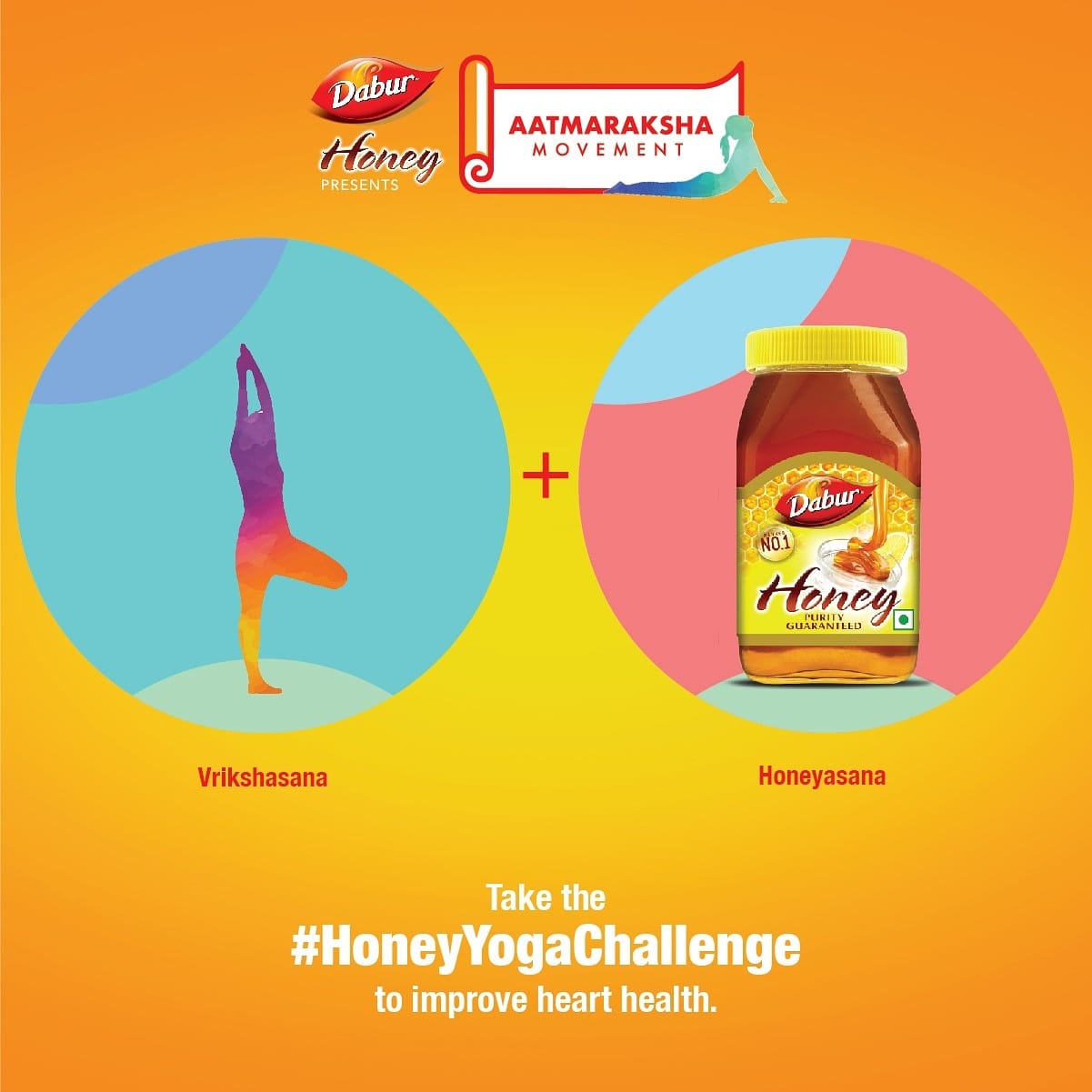