How to Make a Video Case Study Better: Leigh Reyes Posted on 22 July 2015 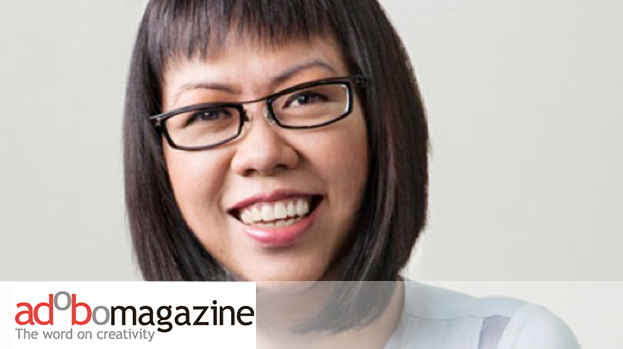 MANILA – A great video won’t save a mediocre idea. What it can do is highlight the greatness inherent in an idea through clear explanation and impactful dramatization. A well-written video case study:

• anticipates what judges may potentially not understand about culture or context,

• presents the idea and execution without distracting frills,

• captures how the idea and execution were key to the results,

• and ends before the jury’s attention span does. (Just because the maximum length is two minutes doesn’t mean you should use up all the two minutes.)

So assign the video to the best writer you can find. The writer should be part John Lasseter and part Strunk & White–able to tell a compelling story and omit needless words along the way. Three sentences are more than enough to convey the problem or establish the need. Spend time refining the description of the execution. Avoid jargon.

Identify the most impressive part of your campaign and frame it well. In Thinking Fast and Slow, Daniel Kahneman points out an experiment that asked a set of subjects if they would push through with surgery with a survival rate of 90 percent, and another set, surgery with a mortality rate of 10 percent. These two were the same, yet the first framing was much more acceptable. There are many ways to frame a campaign to bring out excellence in execution or result—think through the possibilities.

Employ an interplay of voice-over and visual. Don’t read everything on the screen, but read out what you want remembered. Recreate, animate, illustrate; don’t just enumerate. Spend a little more to visualize the story the data tells rather than leave the judges to connect the dots on their own. (There’s usually not enough time, and too many cases to go through.)

Tailor the case to the category, and the award show. Don’t recycle your branded content video in the Promo & Activation category. Don’t assume that a case study written to highlight effectiveness will win over a creative show jury, and vice-versa.

Show the case video to people who had nothing to do with it. Check their reactions.

From utter silence in Cannes (where I judged Radio, otherwise known as The World’s Most Anti-Social Jury) to Inception-level metal discussions in AdFest and Spikes (“Didn’t we have this exact same argument in the other subcategory?”), reactions to entries are as varied as the composition of the jury. One jury member can hate what another loves. This is only natural. There are few unanimously, universally acclaimed pieces of work. In many shows, only 10 to 15 percent of the work makes it to the shortlist. The good news is truly groundbreaking work will never lose because of a poor case video. In many cases, the most innovative work has already won (through social spread, news features, earned media, affirmation at scale) before it even enters the room.

Reason alone doesn’t win the jury over. Make us laugh, make us uncomfortable, make us nostalgic. Make us want to defend your work. We’ll forget how many impressions and views you got, but we will always remember how you made us feel.

Leigh Reyes is the president and chief creative officer of MullenLowe Philippines, a seasoned juror in numerous global award shows, and a member of the Creative Guild’s Hall of Fame. This August, she leads the jury at The Boomerangs 2015, where she will slice through the jargon and post-rationalization to find the most ingenious and effective digital work in the country.

This article was first published on adobomagazine.com