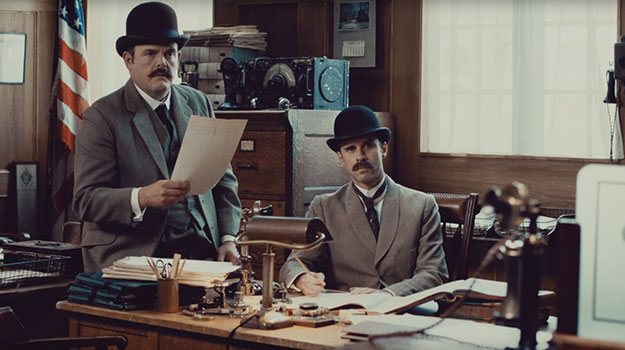 The Wright Brothers might have invented flying, but in JetBlue’s latest ad campaign it’s their crappy alter-egos, the Just Alright brothers, who represent everything that’s wrong with modern flying.

In the ads,  which include some 15 second 1920s-style “silent movies,” the Laurel and Hardy-esque pair tell customers the journey will last “as long as we’re in the air,” they let the phone ring till it stops, and they don’t want you eating on the plane if they can help it.

The tagline of the campaign is “Just Alright doesn’t fly here” and the message is that don’t worry, other airlines might treat you like this but JetBlue won’t. Among other things, the ads, directed by Tim Bullock via Ruffian, highlight JetBlue’s better legroom, customer service and superior snacks and entertainment.

Created by MullenLowe, the work is the first major brand campaign by the airline since 2013, when it used pigeons to symbolize the woes of air travelers. It also comprises out of home and digital ads. It’s being rolled out as JetBlue is restyling its Airbus A320 aircraft and just before its first A321neo goes into service.