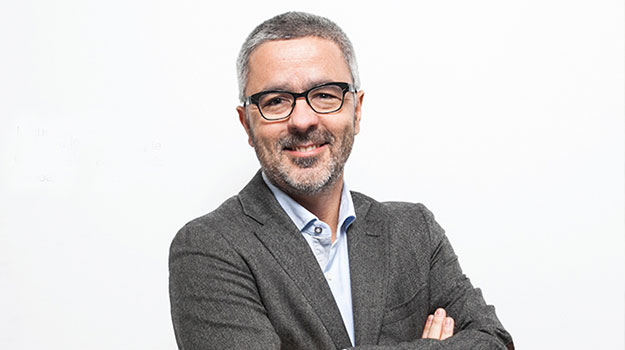 Thoughts on the Challenges of Message Marketing

People come to us for passion. They come to us for excitement. For intensity. For love, even. Or at least, that’s what they want from our work. For no one asks us to make the public feel “tepid” about their product or service. What they want, time and again, is for the passion they feel to be transmitted through our passionate work that makes the prospect as passionate about it as they/we are. And because this is much harder than it sounds, we get the big bucks.

Often we have a bit of an ace-in-the-hole. We have good news. For while we may be telling them about a product or service they are unfamiliar with, the reason (ostensibly) that we are telling them is because it will make their lives better. Worried about your smile? This toothpaste can help! Worried about your heart? This food can help! Worried about why you don’t have any friends and the opposite sex ignores you and strangers look down their noses at you? This car, hat, website, beer, fill-in-the-blank can help!

But what about news that is not good? What about news that, frankly, the prospect doesn’t want to hear. That puts them in an awkward position, one fraught with moral decisions. What about an ad who’s subject matter can trigger any number of dark emotions because it pops the bubble of comfort that we have constructed to get through the slings and arrows of daily life. That reminds us of the fundamental responsibility we have to each other, regardless of race, gender, age, tribe or familiarity. That if delivered with the kind of passion and resonance that is our stock and trade, points an accusing finger at the prospect, that says, “Your fault. You are to blame. And you know it.”

These are the questions we were asking ourselves as we developed a campaign for Child Abuse in France. And I mention that campaign not for a moment of shameless self-promotion, but as a context for exploring with you this challenge of using our skills in this business when we talk about things people don’t want to talk about. Check out the link, and then tell me what you think about what we’ve discovered while working on it.

The problem is not the solution.

Because these organizations tend to be dedicated to specific problems and issues, and because in many cases, awareness of the problem is low (or at least not taken seriously enough to warrant enough action by enough of the public), there is a tendency (by both client and agency) to focus on the problem to the exclusion of a solution. But this is a disservice. Because what the problem needs is action. It needs a solution. It needs engagement. All of which are, actually, more powerful connections to the prospect. Coincidentally, often the “call to action” helps facilitate this connection. Because it’s not just creative a element; it is, in a sense, the “release valve” for the prospect. The way the tension of the problem in the ad is resolved by their action.

The problem is a problem.

Consider the problem at the very center of whatever tough issue you are addressing. If you dramatize it exceptionally graphically, making the horror of it obvious and irrefutable, you stand a good chance of frightening the prospect away from the message itself. But tip too far in the other direction, and you run the risk of trivializing the problem. Of not doing justice to the sufferers. And of ultimately making the problem not worthy of the prospect’s attention or action. To say that this is a mindbogglingly fine line to walk is something of an understatement.

The prospect is not the enemy. But neither are they innocent.

Usually the person seeing an ad is on our side already. They have the problem we’re offering the solution to. But not in this case. They are, by definition, an outsider, a bystander. If they remain one, they will not internalize the problem and engage in a solution. But in our haste to show them why theyare a part of this problem, we must take care not to make them into the culprit. They may be complicit by their silence (as are we all) but they must not be – we must not make them feel that we are saying they are – the committer of the crime. Because as an old boss of mine used to say, it is very difficult to get money from someone you are accusing of an atrocity.

On the one hand, you want the prospect to act. You want them to feel like they can make a difference – especially in a world in which they feel powerless amidst the overwhelming number of choices, bad news, challenges and distractions they face on an hourly basis. But you can’t be dishonest about the size of the problem and the relative impact of their action. Their one email to a government official, their one donation, their one phone call to a representative, their one post on social media, will not cure cancer, will not end the bombing, will not save the whales. It will be a start, and that is terrific. But you sell the problem short, lose their trust and diminish the importance of the involvement of the very people you are talking to, if you undersell the impact of their potential action.

We are the people we have been waiting for.

All of the above are probably why creative agencies shy away from message marketing. That and the fact that many often accept to be poorly compensated.

But we have to get over those things. And fast.

For there is too much in the world that needs fixing. Too much to do. Too few doing it.

And frankly, it is reprehensible of us, who are skilled in the making of powerful messages, who can move millions with our creativity, insight, and eloquence, not to use our skills to help. Not if we wish to remain members of society and relevant to our communities. Or in business.

Although I realize that itself may be a message many don’t want to hear.

This article was originally published on LinkedIn