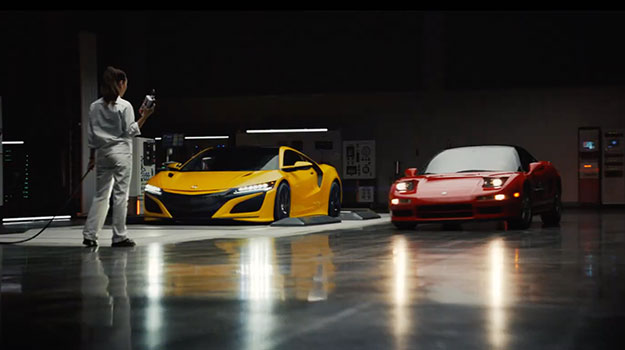 Creative for Acura’s brand campaign includes minimum dialogue and instead lets the vehicles do the talking.

Themed “Less Talk, More Drive,” the effort from MullenLowe LA includes a TV spot featuring a high-speed thrill ride. It touts Acura’s “Beat That” competitive spirit and gives viewers a glimpse into the brand through the eyes of its engineers and race car drivers and its lineup of performance vehicles.

The multichannel campaign will run through the fall. With a variety of activations, “Less Talk, More Drive” will continue to be a central theme throughout Acura’s future marketing and creative, according to the automaker.

The campaign tracks Acura’s performance roots from the  NSX and Integra Type R to motorsports championships and the emergence of the Type S Concept.

“It is influenced heavily by our renewed focus on what matters most — the driving experience — and Acura’s commitment to testing ourselves on the track, at the factory and on the street,” Ikeda says in a release.

The commercial, set to the surf music soundtrack of Dick Dale’s “Nitrus,” opens with a thrill-seeker driving the Integra Type R and throwing down the gauntlet with a challenge to “Beat That.” The gauntlet is picked up by a succession of Acura vehicles demonstrating various elements of precision-crafted performance, including the 2019 IMSA Daytona Prototype Manufacturer Championship-leading Acura ARX-05 race car.

The campaign will be featured on network cable and national broadcast including high-profile NFL match-ups, and streaming video within fall premieres. It will also be amplified on social media.

This article was originally published on MediaPost