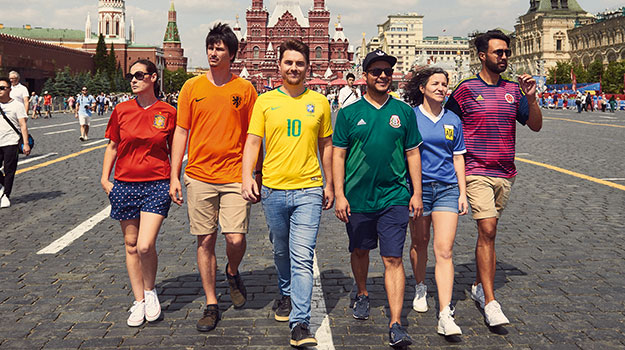 Congratulations to LOLA MullenLowe who has been shortlisted for a Titanum Lion for their ‘#HiddenFlag’ campaign for FELGTB at this years Cannes Lions International Festival of Creativity. The Titanium shortlist was announced along with the shortlist for Glass: The Lion for Change and Innovation Lions.

Commenting on the shortlist, David Lubars said: “Dan Wieden suggested the Titanium Lions back in 2003. His original charter for the award was to recognise work that was so forward thinking, it was difficult to fit it into a conventional category. It was work that showed the industry a new direction. The 2019 jury has created a shortlist we believe adheres to Dan’s charter; we’re excited about it, we believe you will be, too.”

The shortlisted entrants will present their work directly to jury members, in front of a live audience, from Monday 17th to Wednesday 19th June 2019.

The live judging format provides an interactive forum within the awards review process. Jury members are encouraged to engage with presenters and ask questions to better understand the finer details of the entry. The live audience get first-hand insight into the judging process and gain an opportunity to find out what the jury is looking for when awarding a Lion, while also discovering new innovations and creative work from around the world.

As the world had its eyes on Russia for the World Cup, The Federation (FELGTB), Spain’s largest organisation for LGBT+ rights, saw an opportunity to protest the anti-LGBT+ laws and sentiments in Russia by infiltrating the country with the Rainbow flag and defying the current law, with a campaign called the ‘Hidden Flag’ by LOLA MullenLowe.

FELGTB sent six activists from six different countries to Russia. Each person wore the shirt from their home country and together they formed the Rainbow flag – red for Spain, orange for Holland, yellow for Brazil, green for Mexico, blue for Argentina and purple for Colombia. The project was documented on film and in photos on a dedicated website.