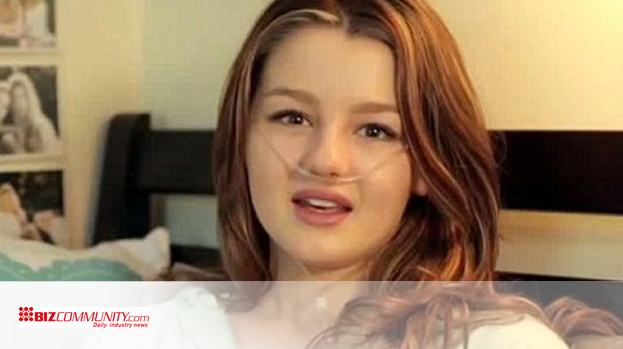 I had the honour of interviewing the proud and emotional Kirk Gainsford, ECD Lowe + Partners CT, on the agency’s Apex Grand Prix for their Organ Donor Campaign “Get me to 21″. Oil @ Lowe + Partners also won gold for the campaign as well as a silver in the sustain category for their Slow Mag campaign.
The honour I felt was related to their campaign inspired by the late Jenna Lowe, a young lady who inspired a nation with her selflessness. It was also related to the fact that this was a campaign for life. And although the remarkable Jenna tragically never reached her 21st Birthday she galvanised a movement for people to become organ donors. This campaign is dedicated to Jenna Lowe and that advertising can change lives and at times… the world.Nurock: Kirk, how did the campaign “Get me to 21″ come about?Gainsford: The Organ Donor Foundation (ODF) is our pro bono client and had a business problem: they were expecting their first-ever negative year-on-year registration growth rate. In addition South Africa has one of the worst Organ Donation rates in the world. Bombarded with extreme issues like AIDS, poverty, education, crime and corruption all the time, it is difficult to get the population to hear the ODF at all, let alone buy into becoming an organ donor.Nurock: What was the most impactful aspect of Jenna when you first met her?The solution to the problem came in the form of an amazing young lady called Jenna Lowe. She was planning her twenty-first birthday, but it was not your everyday twenty-first because she was inviting the entire country. To get on the guest list, all Jenna asked, is that you sign up as an organ donor. Jenna was on the organ transplant waiting list and if she was going to make it to her twenty-first bithday, she was going to need a new pair of lungs.

Gainsford: What the agency never anticipated was the profound and inspirational effect Jenna and her family would have on them and the country. One of the most remarkable things (and there were many) about this beautiful young lady of 20 years old, was the fact that this campaign was never about her. She said from the outset that this campaign may never benefit her, but it could the other 4,300 people awaiting an organ transplant. And so the campaign “Get me to 21″ was launched.

Nurock: Tell me about campaign itself.

Gainsford: The objective of “Get me to 21″ was to generate 6,393 new organ donor registrations in total, which is over 155% more than they had in the fourth quarter of 2013. And all within a total media budget of R0.00. So, instead of focusing on how dire the situation was and how many people were not getting organs in time for their life-saving transplants (which is the usual sort of message in this category), we wanted to flip the normal tone of communication on its head and focus on the very reason for the ODF in the first place. Life. And the celebration of it…

Nurock: What channels did you use?

Gainsford: We filmed Jenna inviting 54 million South Africans to join her for the celebration, and placed the 55 second video on YouTube, Vimeo and a website developed for and dedicated to the campaign, www.getmeto21.com. The digitally led campaign ran for 67 days in total. During the period, not one single cent was spent on media. We launched the campaign using social media (Facebook and Twitter focus), to build momentum and create buzz, by tweeting and posting the link. Within the first twenty-four hours, the video invitation generated 2,105,788 impressions on Twitter. Jenna’s message had literally gone VIRAL.

The campaign gained so much momentum and support in the social media landscape that it didn’t take long for traditional media to follow suit.

Gainsford:
The social media following of the campaign was incredible, with 10,486,296 Twitter impressions and a total reach of 7,495,413 during phase one of the campaign. The ODF Facebook page following grew by 14,900 new likes (all of which were organic), which equates to more than 155% growth during the “Get me to 21″ campaign.Nurock: What were the campaign results?

Nurock: What an inspiring campaign, and a deserved winner of the Apex Grand Prix.

Gainsford: Yes, but the person who is most deserving of this award is Jenna herself, and of course her remarkable family. Her legacy of trying to change the world is upheld. In her death she did more than some people do in a lifetime. This award is for her.

This article was first published on bizcommunity.com