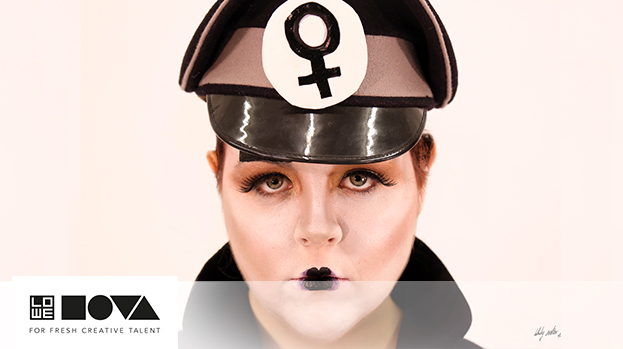 Today, we announce the winner and runners-up of the 2015 Lowe Nova awards – an awards programme created 5 years ago, in partnership with Central Saint Martins, that recognises fresh, creative talent. Central Saint Martins is one of the world’s premier art and design schools, with alumni consisting of creative leaders including Laure Prouvost, John Galliano, Alexander McQueen and Ricardo Tisci.

We are constantly presented with new concepts and ideas with today’s wave of creators and makers, some of which may have the ability to influence our perspectives and how we live our lives. But how do we evaluate one idea from the next? Where do we look to understand what the future holds, and what we can expect from the next generation?

The Lowe Nova awards narrowed down over a thousand pieces of work from graduating students to a shortlist of just 15. The 2015 shortlist consists of students from all over the world, including Kazakhstan, Ukraine, China and Saudi Arabia, with much of their work containing cultural implications from their home countries.

The awards continue to elevate with each passing year, and “are now established as a major event in the Central Saint Martins year, celebrating as they do the most exceptional work from across the college. Over the years, the shortlist and winners of the awards provide an important and fascinating record of the work emerging from one of the world’s leading art and design schools”, Professor Jeremy Till, Head of Central Saint Martins and Pro Vice-Chancellor of the University of the Arts London.

This year’s winner is Liberty Antonia Sadler (BA Performance Design and Practice) from the UK, whose work with mediums of illustration and moving image explores issues of 21st century body politics. Her work dives into the experience of living in a female body in a ‘photo-shopped’ world that dictates the new visual rhetoric of perfection through digital manipulation. Working within a socio-political context, her work uses character and playfulness to discuss themes of food, femininity and sexuality.

The runners-up are Hugo Cantegrel from France and ‘Jelly’ Jialin Deng from China. Hugo (BA Fine Art) aims to create a visual experience that translates a narrative through relations of objects within an installation, ‘we can look at objects in a house as an installation in a gallery and the world reveals its poetry, its musicality, its theatricality’ – the artist says. Jelly (MA Narrative Environments) conducted a series of experimental interactive dining events providing multi-sensory experiences. The aim was to create sensory  stimuli for several senses simultaneously, specifically taste and hearing, that are normally experienced separately, generating a kind of synaesthesia.

“We see these awards as an investment in emerging creative talent, where our support and encouragement can help provide a platform for these individuals to go on and influence the rest of the world.” commented Jose Miguel Sokoloff, President, MullenLowe Group Global Creative Council.

See all of the shortlisted and winning work here.