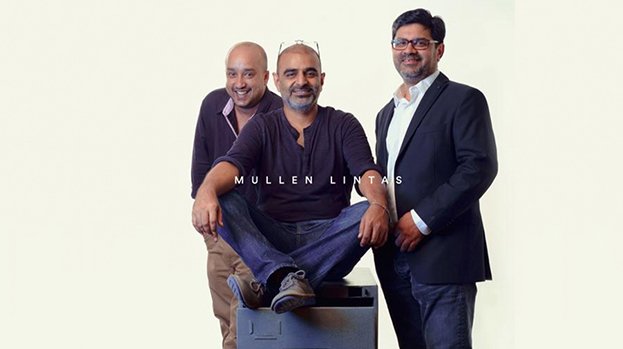 Following the recent announcement regarding the launch of the new creative agency Mullen Lintas, with Amer Jaleel as Chairman and CCO, MullenLowe Lintas Group today unveiled more details about the new agency.

Mullen Lintas officially launches on August 1, and will be headquartered in Mumbai with offices in New Delhi (NCR) and Bengaluru. Speaking of the new agency, Joseph George, Group CEO–MullenLowe Lintas Group says, “India has birthed several big brands over the last two decades. However, for a long time, the top agency brands have remained largely unchanged. Mullen Lintas is a product of the evolving marketing landscape, and with our “big agency” ambition, we intend to partner brands whose ambitions are driven by a passionate pursuit of leadership by presenting ourselves as a compelling challenger to the likes of Lowe Lintas, Ogilvy and JWT”

MullenLowe Lintas Group also announced the appointment of Virat Tandon as CEO of Mullen Lintas. Virat returns to India after a three year stint with MullenLowe Group in Singapore where he was Global Business Director for the Unilever brands Lifebuoy and Fair & Lovely.

A part of the network for over a decade, Virat first joined Lowe Lintas at its New Delhi office in 2004 and has undertaken numerous senior and leadership roles in the agency over that time. A Unilever veteran of over 10 brands and 60+ countries, he has worked in India on clients including Maruti Suzuki, Nestle, Dominos, Sony Audio, Dabur, NIIT, ITC, GSK, Holiday Inn and AT&T; and previously ran Lowe’s healthcare agency in India, LinHealth. Prior to joining Lowe Lintas, he worked with WPP agencies Rediffusion, Grey and Contract. Over the past few years, Virat has been the business partner to Amer Jaleel for global duties of Unilever brand Lifebuoy. Together, they have led Lifebuoy to its place of global leadership including the iconic initiative, HelpAChildReach5, for which the brand received recognition around the world at effectiveness as well creative awards.

Speaking of the new agency, Virat says, “Mullen Lintas is born ahead of the curve and intends to remain a mash-up of the enduring and the emerging. Our founding team has the pedigree and the class of massive brand-successes under their belt. Big agencies are today, dealing with the new marketing landscape and adapting their offerings to it. Our advantage is that Mullen Lintas has no such baggage and that allows us to leap-frog this need to change and adapt. We understand that a great brand needs a great narrative that flows seamlessly through screens, experiences, shopping environments and conversations. We will equip ourselves to play a pivotal role for our brands.”

Also joining the Mullen Lintas leadership team is Shriram Iyer, who takes on the role of National Creative Director. Shriram spoke of his new role, “A great ambition for the agency and a wonderful team to work with, I am excited about what we can create. Our approach to enriching our capabilities is what we call ‘core plus one’. While we continue to practice our core skill sets, we will commit ourselves to adding people who bring with them a +1 skill or area of expertise. We believe this is critical and makes us ‘present ready’.”

Currently ECD and creative head for the Delhi offices of Lowe Lintas, Shriram moves to Mumbai in this new role. He has been with the group since 1998 and played various roles in the creative team at Lowe Lintas’ Mumbai and Delhi offices. In his recent role, Shriram has been instrumental in the success of clients such as Google, Micromax, OLX, Hero Motors, Havells and Maruti Suzuki among others. His work on Havells appliances (#RespectForWomen) is among the most awarded campaigns from India at marketing effectiveness award shows. Some of Shriram’s recent campaigns include #SellPhone, ‘no chipkoing’ and ‘Let what you love LIVE’ for OLX; Hawa Badlegi for Havells Fans; and Micromax Canvas and Sliver, both featuring Hugh Jackman.

Amer Jaleel, Chairman and CCO – Mullen Lintas sums it up, “Virat has been a great business partner to me in managing the global mandate on Lifebuoy, and Shriram has been a driving force behind what Lowe Lintas Delhi has achieved in the past few years. I thoroughly enjoy working with both of them and couldn’t have asked for better friends to the start the Mullen Lintas journey with.”