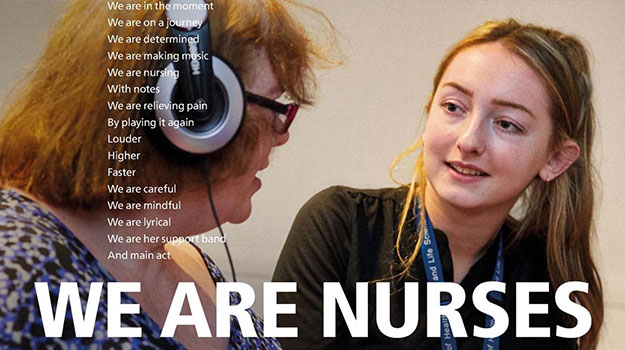 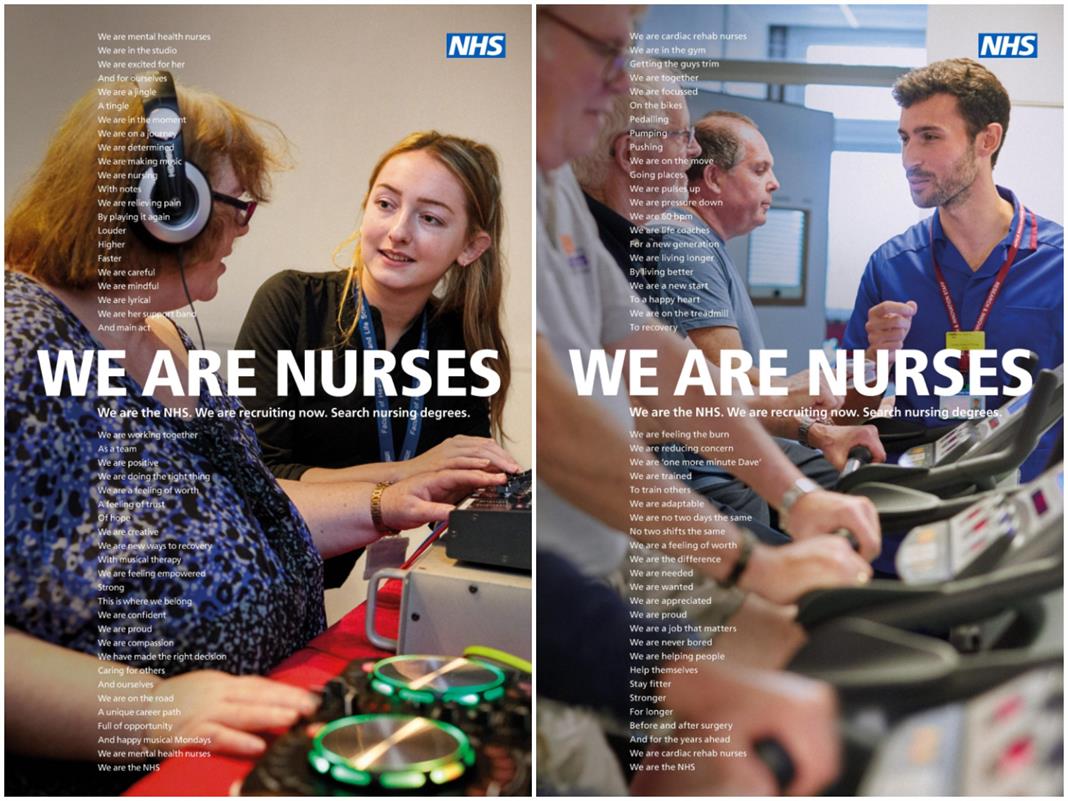 NHS England is targeting school and college leavers with the latest iteration of its nursing recruitment campaign, “We are the NHS”, which launches ahead of the UCAS deadline for university applications in January.

The poster campaign, created by MullenLowe Group UK, has been written specifically for a teen demographic who are considering education and career options after finishing their A levels and will feature across college campuses and on bus stops around the country.

Once again, the campaign features images of real nurses. Each execution features a different type of nurse, including ones working in mental health, cardiac rehabilitation, children’s department and learning disability. The long copy of the ads, in verse form, details the personal qualities that make a great nurse and the rewards of the job. 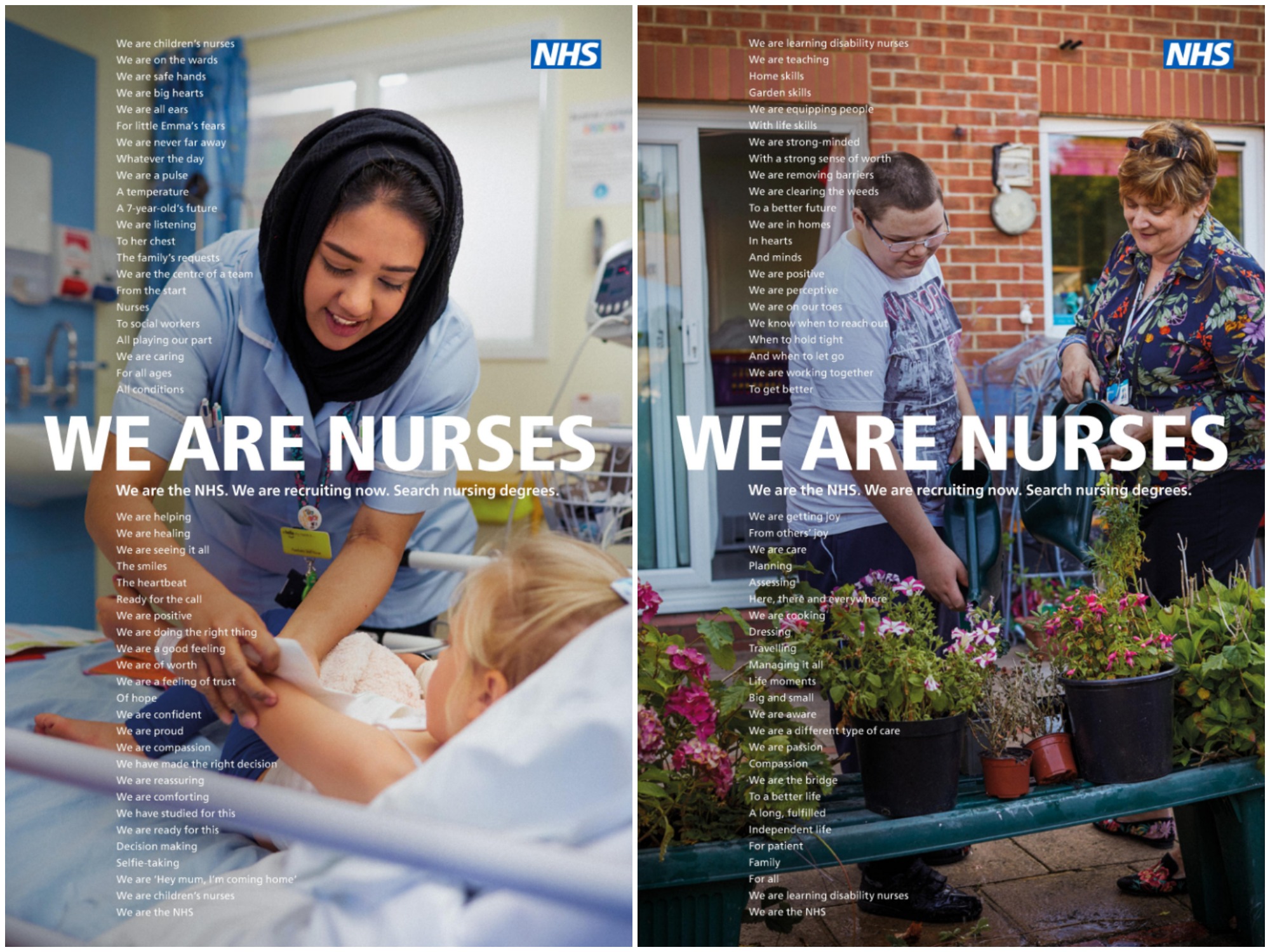 The work was created by Hugh Todd and Lovisa Silburn. Media planning is being handled by Mediahub and media buying by OmniGov, Manning Gottlieb OMD’s dedicated unit for the government media account.

Ian Hampton, lead campaign manager at NHS England and NHS Improvement, said: “Last year, our first ‘We are the NHS’ campaign reversed a five-year decline in nursing Ucas applications. This year, we want to do even better. Nurses are the lifeblood of the NHS and this campaign demonstrates the extraordinary work they do every day. MullenLowe Group UK captures the emotional resonance around the NHS and we can’t wait to see the next generation of amazing staff.”

‘We are the NHS’, the organisation’s biggest-ever recruitment drive, launched last summer to coincide with the 70th anniversary of the NHS. In September, it picked up a silver and a bronze for MullenLowe Group UK at the Effies.

“Our nurses campaign aims to get to the heart of the best-in-class training and support that the NHS gives its staff,” Mark Elwood, executive creative director at MullenLowe Group UK, said.

“We know how incredibly challenging but also immensely rewarding this career path can be, and for this key part of our ‘We are the NHS’ campaign, we wanted high dwell time OOH to really explore and highlight all of those incredibly fulfilling aspects that a career with the NHS offers,” he continued.