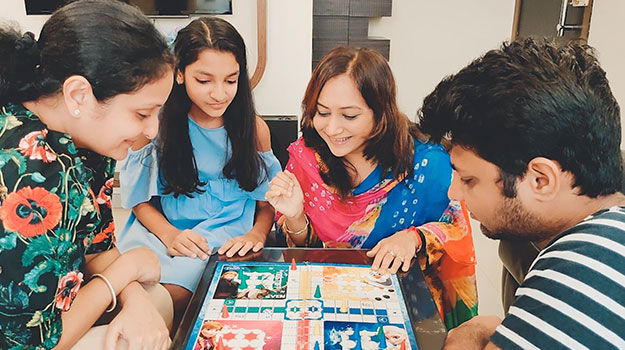 India Gate Basmati Rice, the leading rice brand of the country, stands for respecting the traditional values and embracing the culture of India. In its latest campaign conceived by Lowe Lintas Delhi, the brand reflects this belief by celebrating ‘India Ki Puraani Aadat’.

The crisis we are facing today is unprecedented for this generation. The team mined the insight that even though what is happening today is new, people are increasingly turning to old habits to beat the quarantine blues. It is these old, yet beautiful habits, that India Gate celebrates in this film.

Ayush Gupta, Business Head, KRBL said “India Gate has been a part of Indian households for many years. Our baseline, ‘India ki Puraani Aadat’ says that beautifully. This is a unique angle on lockdown which belongs to the brand. The film is an ode to old habits from another old habit of India. We hope it makes you smile and gives you strength, to see this through.”.

Commenting on the campaign thought, Janmenjoy Mohanty, Regional Creative Officer, Lowe Lintas said “India Gate is a brand that has always stood for all that is good about India. As families spend time indoors during the lockdown, they are rediscovering things they once used to do together, old habits they had always loved. The brand celebrates these ‘Purani Aadat’, habits that unite us and make us quintessentially Indian.”

“The film pays homage to all the old habits that are now helping us through these tough times. What happens when family, friends, colleagues are all stuck at home. The idea of the film evolved from there. What happens when writers, directors, actors are stuck at home. The execution of the film evolved from there. And honestly, figuring out the former was way easier than the latter. But in the end, nothing that a determined team and a fabulous network of friends and colleagues, armed with smartphones, cannot achieve.” added Sindhu Sharma, Executive Creative Director, Lowe Lintas.

The #FilmFromHome is already live online across the brand’s social media handles.

This article was originally published on MediaNews4U