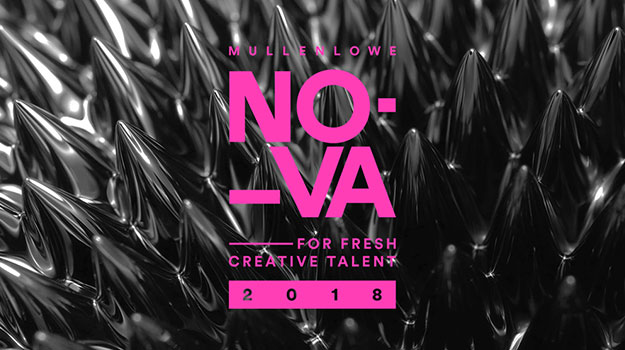 The MullenLowe NOVA Awards engage graduating students and industry leaders, identify and honour fresh creative thinking and provide the next generation of creative stars with a platform for recognition.

Prizes are awarded to one winner and two runners up, and additionally MullenLowe Group client, Unilever, will present the #Unstereotype Award for work that recognises inclusive, forward thinking creative work that breaks away from limiting and outdated stereotypical gender portrayals. MullenLowe Group will also present the ‘people’s choice’ YourNOVA Award as voted by the public. Voting will open online on June 25th.

This year, judges from MullenLowe Group will be joined by their clients from Unilever, Sloggi and AkzoNobel, as well as Chief Curator of V&A East, Catherine Ince, London artist, curator and director of the Transition Gallery, Cathy Lomax, and former Central Saint Martins student and leading jewellery designer, Hannah Martin.

President of Global Creative Council, MullenLowe Group and Chief Creative Officer MullenLowe Group UK, Jose Miguel Sokoloff, says he is thrilled to be part of this collaboration once again. “Each year, the work from Central Saint Martins students never fails to inspire. These brilliant young minds continue to push the boundaries of their chosen field with work that is bold, ambitious and takes us completely by surprise. I’m sure this year will be no exception, and I’m very much looking forward to seeing the final projects,” he continued.

Professor Jeremy Till, Head of Central Saint Martins and Pro Vice-Chancellor of the University of the Arts London says “I don’t know how the NOVA Awards judges do it. It is not even close to comparing oranges and apples – more like orangutans and apps, such is the diversity of disciplines and approaches on show. And yet, on an annual basis – now eight years in – they surface the most compelling work in the College. Drawing out the fascinations and priorities of Central Saint Martins students’, their selection collectively frames a window into the dynamics and direction of this great arts and design institution.”

Central Saint Martins attracts some of the most creative students in the world to experiment, challenge and provoke the world around us through actions, thinking and making. Alumni of the college includes artists and designers such as Laure Prouvost, Jarvis Cocker, Alexander McQueen and Stella McCartney, as well as Turner Prize and Oscar winners, and Royal Designers for Industry and Royal Academicians.

Shortlisted work for the MullenLowe NOVA Awards can be viewed at the highly anticipated Central Saint Martins degree shows and the winners will be announced in July.