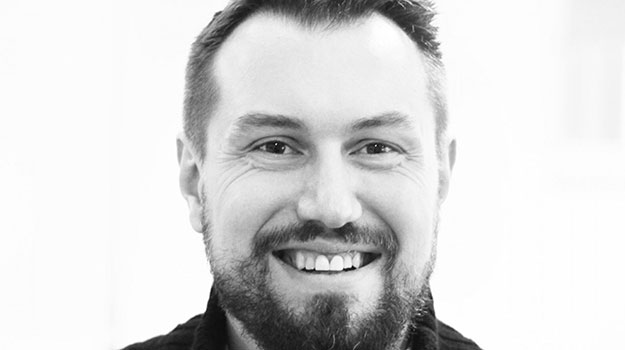 Short-cutting the back and forth: aka an ode to true collaborative practices, beyond tech development

Collaborative working, co-location, integrated skillsets and blended teams. These are all terms that are well worn in the world of Google, Adobe et al. and have spawned a variety of ways of thinking (e.g. the lean philosophy) and ways of approaching development (e.g. agile methodology).

This post isn’t going to focus on explaining either of those (though if these terms are new to you then you could have a perusal of http://theleanstartup.com and dive into some articles by Steve Denning to get some familiarity) as they have been around for over a decade and most readers will have at least read / watched or dabbled in them to differing extents.

But while technology companies use these successfully in development, product creation and service design, functions and disciplines outside of those areas have still tended to work in quite traditional back and forth ways. Especially when it’s close to home, in the realm of marketing, and marketing communications especially.

Applications outside of tech development (or the lack thereof)

The development of brand strategies, the creation of ‘big ideas’. These tend to be locked away in a black box style approach where a brief is given, partners go away and then come back a month later to produce, with a flourish, an approach or an idea that half the time can fall flat on its face as the client has already attempted something similar, or simply feels that it doesn’t align to where the brand is and where it should be going.

There then follows the back and forth of a protracted, time consuming and ultimately laborious process.

Slight timescale exaggerations aside (most agencies do want to get some tissue and feedback faster to make sure they are on the right track vs. leaving it a month at a time), the inefficiency in the process is clear to me after 15 years working in and around the industry. And it’s always the time to actually deliver the strategy, or execute the idea, that gets squeezed. Production of assets or pivoting to new products and services — these things don’t happen overnight. Even in a world of 3D printing houses and taking virtual tours of buildings that are just conceptual drawings on an iPad.

There is seemingly a concern when it comes to exposing the inner workings of the agency engine. But with in-house agencies on the rise, the ‘magic’ is not quite what it once was. And clients are smart people that have been behind the curtain too many times now to buy in to the theatre that comes with a Wizard of Oz approach.

Working together, with the client’s knowledge of their business, and the partner bringing a wider context and a set of skillsets that don’t necessarily exist inside most client organizations still today, allows ‘fail fast’ to happen continually through the process and not just end up being a series of ‘slow and frustrating, why are we here again’ type fails.

Getting up to speed while creating value

Traditionally, ‘discovery’ is wheeled out as the saviour. That has been ported across from the four D model. But it seems to have become a period of time up front that slows everything down. Perhaps because of the word itself. I have to admit, I am not a fan of the word ‘discovery’. Why? As it is often seen by clients as paying for an agency partner to spend a bunch of time reading documentation and getting up to speed on their business.

Don’t get me wrong. If you look at what it should be doing, then it’s valuable, but the term ‘unpacking’ I prefer — as it better reflects on what should be happening i.e. getting to the true challenge to be addressed. Then tapping into the business as you move through the process to ‘steer true’. Semantics are important, lessons of recent times (Brexit anyone) reinforce that. Value should feel like it is being created right from the off.

Pulling in the right people from the business is absolutely fundamental to making true collaboration work and that requires proper commitment of time from the business and an agreement on the outcomes (i.e. the value to business). Being onsite and being visible is crucial too. You pick up the language, culture, the way of tackling things by being part of the fabric of an organization — the same way you get to truly understand a customer.

There are a few additional rules of the road, which I share here from having run the process ‘in the wild’. A top five if you will:

1) Time dedication. It requires both client and partner to clear the road. Sandbox days, or key weeks. Be realistic, ensure you have proper time together focused on outcomes… which brings us to number two.

2) Focus on outcomes, not outputs. Being clear on what you want to get out of the process overall, vs. the documents that appear along the way. Strategy that does what ultimately? Solves what problems? And while on the subject of outputs…

3) Accept that nothing is final until the end of the process. Ad agencies have spent a lot of time and money crafting up and polishing deliverables throughout the process. But that slows things down and takes time to do. This is about working documents and post it notes. Embrace it. The bells and whistles can come in after.

4) Not everything needs to be a workshop. Workshops aren’t always the best way to move forward. Even though consultants love to workshop everything. Yes, there is a need to break down the approach into a series of working sessions that allow you to build to the desired outcome. But it can just be a check-in or review as you move through the process and have consensus on the direction of travel.

5) Leave your role as agency or client at the door. Critical. You are one team. Co-habiting a space. Working together. Your role is to bring subject matter expertise, a skill or craft. And this last one is often the hardest to achieve.

When you lean into it, you’ll see just how much more efficient and effective you can be.

This article was originally published on Medium