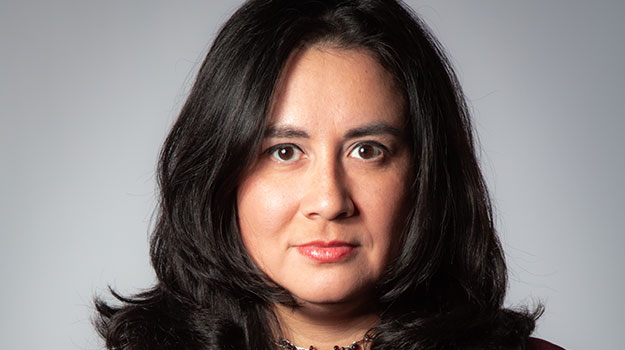 To mark International Women’s Day, AdForum is gathering opinions from women working in advertising and marketing communications. They asked women from a range of job roles both agency- and client-side, for their view of the state of the industry.

How would you describe the overall culture at your agency?

We use the term “challenger” as part of our branding, but it’s also because it’s part of our culture. Globally, we are a network of agencies that value what it means to be a “challenger” – we are trying to figure out how to do things differently for our clients and for ourselves.

Some of the best challengers in our organization are women, who have been promoted or rewarded for doing interesting or challenging work. We are still a small agency, so we are trying to figure out how this current zeitgeist means for us.

In your opinion, what do you see as the biggest change in the advertising industry since women have begun to break the “glass ceiling”?

The conversations we’re finally having. It seems like now we have a language to talk about things that we may have seen or experienced, but just didn’t know how to do it. Now, we can openly talk about the challenges of the glass ceiling and putting action behind those words.

Do you think that women still face challenges in our industry, and if so, what are they?

I think we all do. What we all seem to call “work/life balance” – despite many strides that we are taking internally as a company, in the industry or even in society, we still have that question of what it means to have balance in the industry. This normally gets applied to parents (I’m going to include men too, who also want to spend time with their children before they are asleep at night!) but really, it’s also about the time we spend outside work doing the “other” stuff – whether it’s yoga for our health or just running an errand or going to the doctor’s for a checkup. Our agency is trying to make that space for people, but whether it’s deadlines or clients or other limits, this is an area that’s still a struggle for all of us.

How should we tackle an issue such as equal opportunity?

I admire the effort that one of our CSO’s (Elizabeth Paul, now at Martin Agency, formerly MullenLowe US) did for her team – she searched for people (women and POC) that were right for the roles she was trying to fill. I think we need to give thought to how and who we are giving the opportunities to – and yes, this takes some additional work and thought.

For us that have reached these levels, we have the responsibilities to show that it can be done differently and give others a chance that were hard for us to find.

How did you find your way into the marketing communications industry and what professional achievement are you most proud of?

My dream in college was to work in advertising – I was an artist that didn’t go to art school, so I thought advertising would be a good blend of the business and art. Leo Burnett used to recruit there, so I heard about this, but in the end, never pursued it! Then, after some other twists and turns, I found my way to Interpublic, as a project manager, and have held different roles since I joined back in 2006, working my way up.

I want to say getting promoted to Global CIO so far was the best professional achievement so far, but that might be just the result of everything else I’ve done. Probably the key factor to getting this far was doing my PhD while I was working – my thesis was on this industry, and I was able to understand it profoundly as I studied it. I’m sure that helped with moving my career in the direction it did so that I could end up here today.

Who inspires you the most, either inside the industry or outside? Why?

The mentors I’ve had throughout my career have really inspired me and I’ve been lucky enough to find them everywhere I’ve worked. Because technology is a field dominated by men, I sought out people who were willing to help me learn or to help me grow within my role.

I had several men who were my mentors (and I am not sure they knew they were in that role with me!) who were good teachers. Some of them were able to teach me some very technical things in a way that was easy to grasp and understand. Others were better at explaining the politics of the organization I was in at the time. Some of the women that were inspiring were the ones that reached the top of their organizations in IT or technology. And they gave me the confidence that women could be there, just by existing.

This article was originally published on AdForum