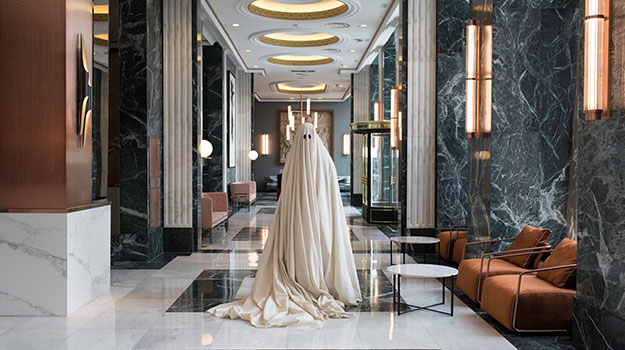 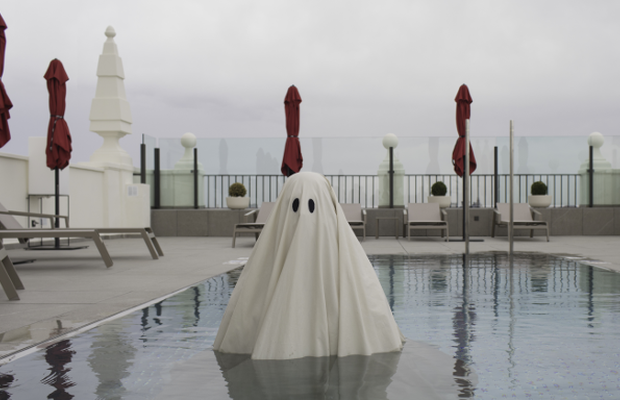 Twitter has been on fire in Spain while one of Madrid’s most popular mysteries was finally being resolved. For more than 35 years rumours have been circulating about a ghost who lives in the iconic Spain building on Madrid’s main avenue. The legend is part of Madrid’s spooky history, which is the only kind of history we really care about.

The last time the ghost appeared was in 2008 during a series of renovations in the building when a witness told the press that “some construction workers and security personnel swore that a ghost was living on the 14th floor of the building. One worker even decided to leave his job over it. ”

Now the ghost can finally rest in peace… with amenities. RIU hired him from the beyond to promote its beautiful new 4 star hotel and now he’s living la vida skybar. 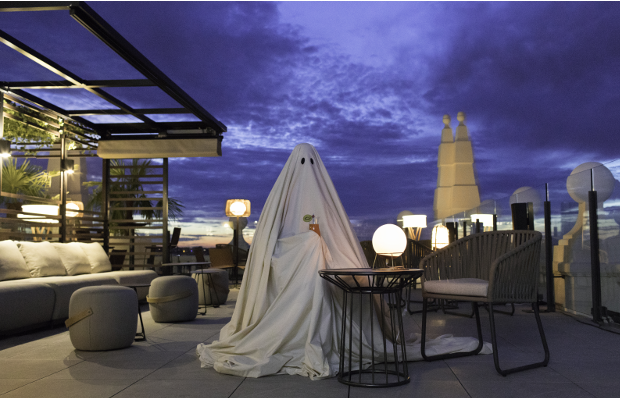 History, pop culture and creativity came together in this advertising campaign that began with a thread launched on twitter by the comedian Darío Eme Hache and the agency LOLA MullenLowe Barcelona.

In addition to the friendly ghost, the RIU Plaza España Hotel has 585 rooms, a gym, an outdoor pool on the 21st floor, a restaurant and a lobby bar, as well as two sky bars with stunning panoramic views of the city that he can gaze at for all eternity.