Sagar Kapoor, chief creative officer at Lowe Lintas and Vinay Vinayak, global business director for Lifebuoy at MullenLowe Singapore tell LBB’s Natasha Patel about messaging around handwashing in 2020 and a plan to change the alphabet for the better.

2020 was the year of handwashing, soap, the sanitiser – anything that kept hands clean was at the forefront of consumer minds. And for a brand such as Lifebuoy that is so synonymous with hand hygiene, the last 12 months were interesting to say the least. The global communications hub for the brand is based out of two offices in Singapore and India and for MullenLowe Lintas’ CCO Sagar Kapoor, working on the brand during the Covid-19 pandemic was a “badge of honour”. He explains: “I started my career working on Lifebuoy as a copy trainee, then I became the global creative head and I’ve never seen a time where Lifebuoy has not been active. There hasn’t ever been a time because we are in the fight against illness and illnesses still go on. Of course this is a pandemic, of course it’s a virus, but illnesses are part of life.”

Sagar, and Vinay Vinayak, global business director for the brand at MullenLowe Singapore, knew this time wasn’t without its challenges, not least the issue of appealing to many millions – if not billions – of people around the world. “The approach for Singapore versus the approach for the UK or the approach for another market varies depending on where they are in the curve of Covid, so to speak,” says Sagar. “Having our ear to the ground, in terms of what is the messaging by region is the other thing that is more dynamic and much more fast paced than earlier, it is clearly not a one size fits all solution as far as comms and the approach goes.”

The pair and their teams saw this period during the pandemic as a “responsibility” to ensure that as many lives as possible could be saved by the simple act of handwashing. One of the first campaigns they did was one that encouraged people to wash their hands, irrespective of what brand of soap they used. Vinay recalls that more than selling the product, “reinforcing and influencing people to pick up the right behaviours and the right habits” was the biggest priority. “Now it was a message for the whole world, irrespective of age or gender or stature in life that, ‘hey this is the right habit that you need to follow’. The handwashing rates in the world are abysmally low, people don’t wash their hands as often as they should.” 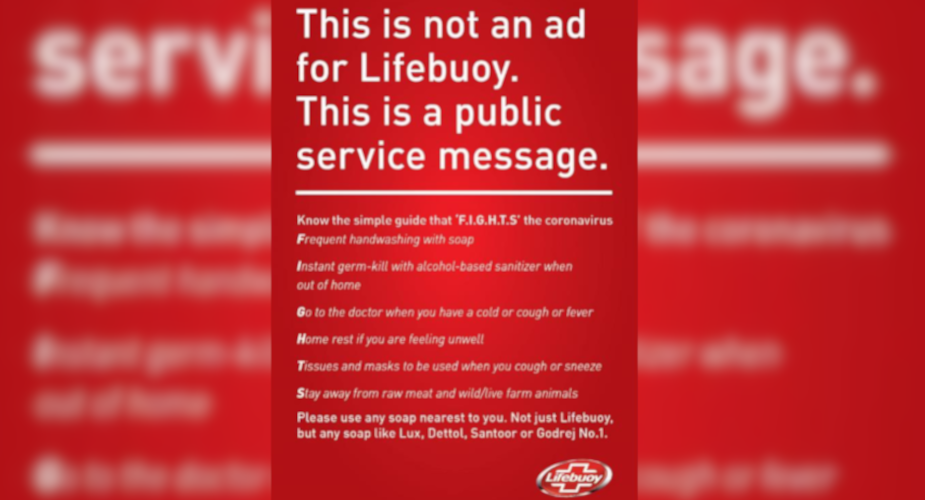 Sagar, in India, adds: “The biggest impact of Covid is that it’s the biggest equalizer. So at this point in time it wasn’t about nuancing the communication as much because that was not the task. The task is common to all. Hand hygiene and hygiene is common to all today.”

And in a bid to make themselves relevant to a completely untapped audience, the digital team tapped into the TikTok market to create a lighthearted yet relevant 15-second campaign on the importance of hygiene aptly called #LifebuoyHandWashChallenge. The result was a very catchy song, a bold banner and the undying message that to wash hands is the best way to prevent the virus.

Keeping up with the idea of appealing to new audiences, the Lowe Lintas team worked with players in the Indian Premier League’s Royal Challengers Bangalore team to create a PSA around the notion of India opening up. Sagar explains where the idea came from: “This actually celebrates the fact that India is opening, it starts celebrating life coming back to normalcy. But yet very sweetly reminds people not to forget hygiene as you live your life normally. Optimism gives you hope, it gives you the confidence rather to step out, because all of us have seen it at a human level as well.”

Working on a soap brand during a global pandemic hasn’t stopped Sagar and Vinay from finding time to reflect back on their partnership and time on Lifebuoy. In particular, one project that has had the power to change lives stands out to them. “We talk about Help a Child Reach 5, and the fact that close to two million lose their lives every year to illnesses like diarrhoea and pneumonia and getting their behaviour to change at that level is a fundamental thing.” Vinay continues by explaining that although the phrase ‘help a child reach five’ rolls off the tongue, the reality of what the platform has been able to achieve has been incredible.

“It’s a very serious platform because children aren’t reaching the age of five. And when you think about it, it’s quite significant and quite fundamental. Of course it doesn’t get talked about much in the overall scheme of things, but it is an important thing. It is rewarding in its own sense and it sort of talks to the way Unilever looks at purpose.”

The aim of educating doesn’t stop there, and looking to 2021 and beyond the communication teams at both MullenLowe Group offices are currently preparing to launch the “H for Handwashing” campaign to reinforce the message to youngsters starting out in education the importance of hand hygiene. The teams are now working with governments to roll the project out on a wider scale and create healthy habits. 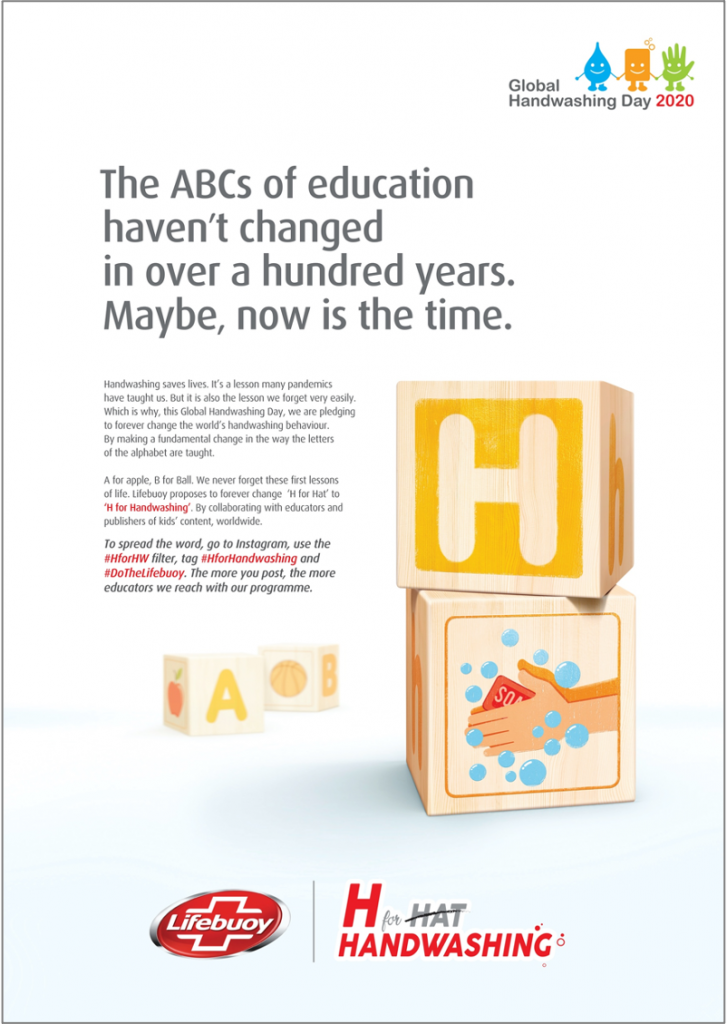 The duo’s passion for the mission is summarised by Sagar: “We love it, we’ll have to keep at it. That’s what we take as creative and as a strategic challenge all the way.”