MullenLowe SSP3’s print campaign for Pony Malta shines light on bullying and sends an important message to both parents and teenagers.

Bullying has been commonplace in school halls and classrooms for years across a number of different guises. From ‘harmless’ pranks such as the ‘wedgie’, to the more commonplace cyberbullying of today, its various forms have evolved over the years, but it’s still something many young people are victims of. 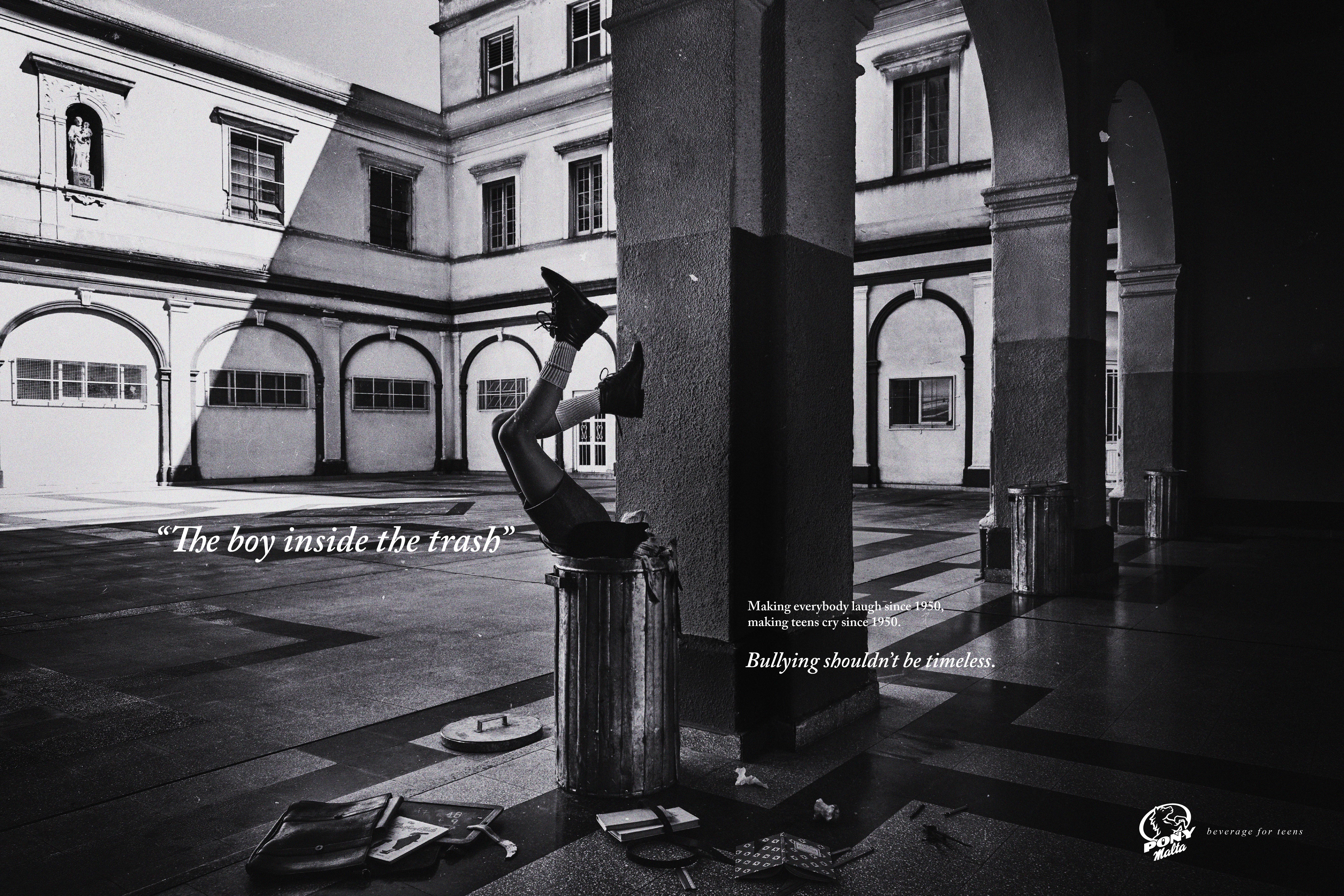 MullenLowe SSP3’s new print campaign, ‘Timeless Bullying’ shines light on this and sends an important message to both parents and teenagers alike: some things are timeless, but bullying shouldn’t be one of them.

The styling and photography aims to reflect the ambience of decades that are represented. In the shoot, the camera, lighting techniques, clothing, props and locations were chosen to recreate the atmosphere of the ’50s, ’70s and ’80s when these types of ‘pranks’ were rife, to remind students that bullying isn’t something that should transcend decades. 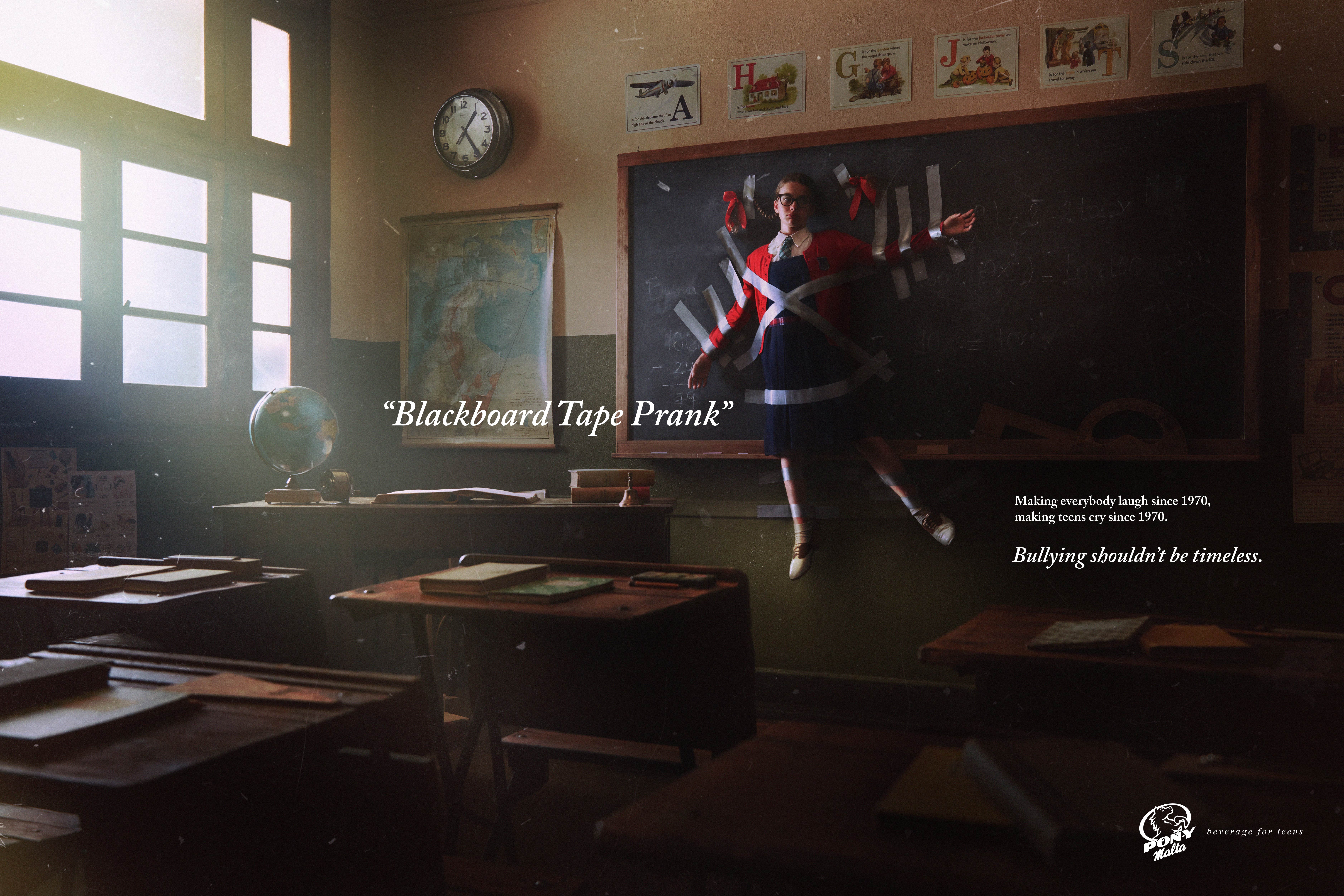 The campaign is one of many efforts from MullenLowe SSP3 and Pony Malta to combat bullying and align with the brand’s mission to help teenagers be the best version of themselves. Most recently, Pony Malta, alongside MullenLowe SSP3 and LOLA MullenLowe, launched an initiative to help victims of bullying through freestyle rap, a trend that has gained attention among young people in Colombia. #BeatTheBullying united some of the best artists in the genre, who responded in real time to hateful messages about bullying during a live event.