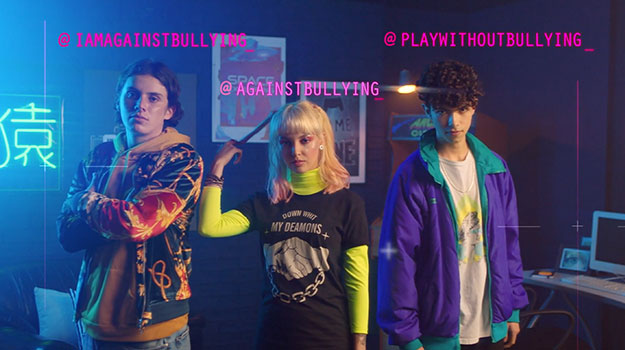 Pony Malta, one of the leading beverages among teens in Colombia, and MullenLowe SSP3 have launched USERNAMES AGAINST BULLYING, a movement that aims to combat bullying in video games.

The campaign launched in LATAM on Saturday 29th August with prominent gamers across all of Latin America and now, Pony Malta and MullenLowe SSP3 are inviting people around the world to join the movement for National Video Games Day on 12th September. The initiative invites gamers across the world to change their username on any video game or platform and replace it with a message against bullying as a symbol of protest against the harassment many teens around the world face every day when playing games online.

Juan Alonso Torres, ABInBev’s Pony Malta Marketing Director says: “The fast evolution and easy access to technology has allowed video games to rise in popularity and become one of the main sources of entertainment for teenagers around the world. However, bullying within the games has become a huge problem as teenagers hide behind their avatars, sometimes even moving from the virtual world to the real world. By encouraging teens to change their usernames against bullying, we want to call out this behaviour. We hope this will help teenagers who are bullied every day when playing video games and allow them to become the best version of themselves, something Pony Malta has strived to help facilitate for more than 60 years.” 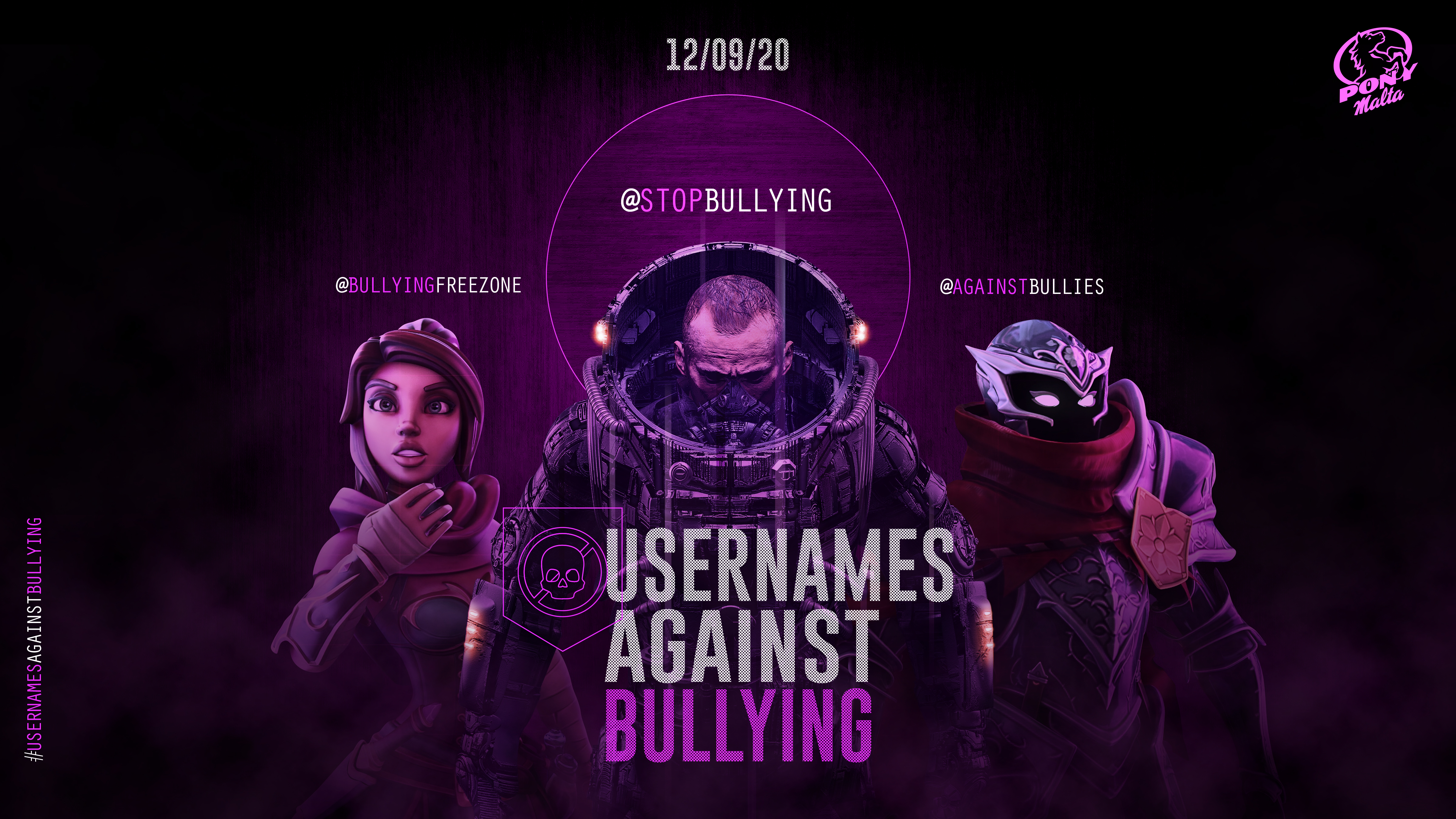 Carlos Andrés Rodríguez, Chief Creative Officer of MullenLowe SSP3 says: “It was a shock to see so many YouTube videos with millions of views showing teens bullying others in the game. We knew it wasn’t possible to share anti-bullying advertisements within the game, so we thought about the best place to share our message. Where better than the one thing that is present in every game, on every platform, that is seen by millions of gamers every single day: Usernames.”

International gamers such as The Donato, Chino Gamer, Hamid, Hectorino and Colombian gamers such as LauGamer, Juanmanco, Nigua and Andrés Gamer launched the campaign by changing their usernames to include messages against bullying. Additionally, these prominent gamers ran surprise interventions on platforms such as Twitch, Facebook Gaming and YouTube, in games such as Minecraft, Clash Royale, Call Of Duty, Apex Legends, Free Fire, Fortnite and League Of Legends, to encourage more gamers to join the movement. Messages were also shared on TV, digital and with content using the hashtag #UsernamesAgainstBullying (#UsernamesContraElBullying in Spanish).

The movement has been backed by the Ministry of Technology and Communications of Colombia, and a number NGO’s including the Gamers Foundation in Colombia and the Scholas Ocurrentes International Foundation. Pony Malta’s intention is to not to make a statement but to affect change, so at the conclusion of the campaign, the brand will create a platform to share tools, research and ideas for players to change their behaviour, hoping to turn them into ‘ambassadors of good’ inside the games. 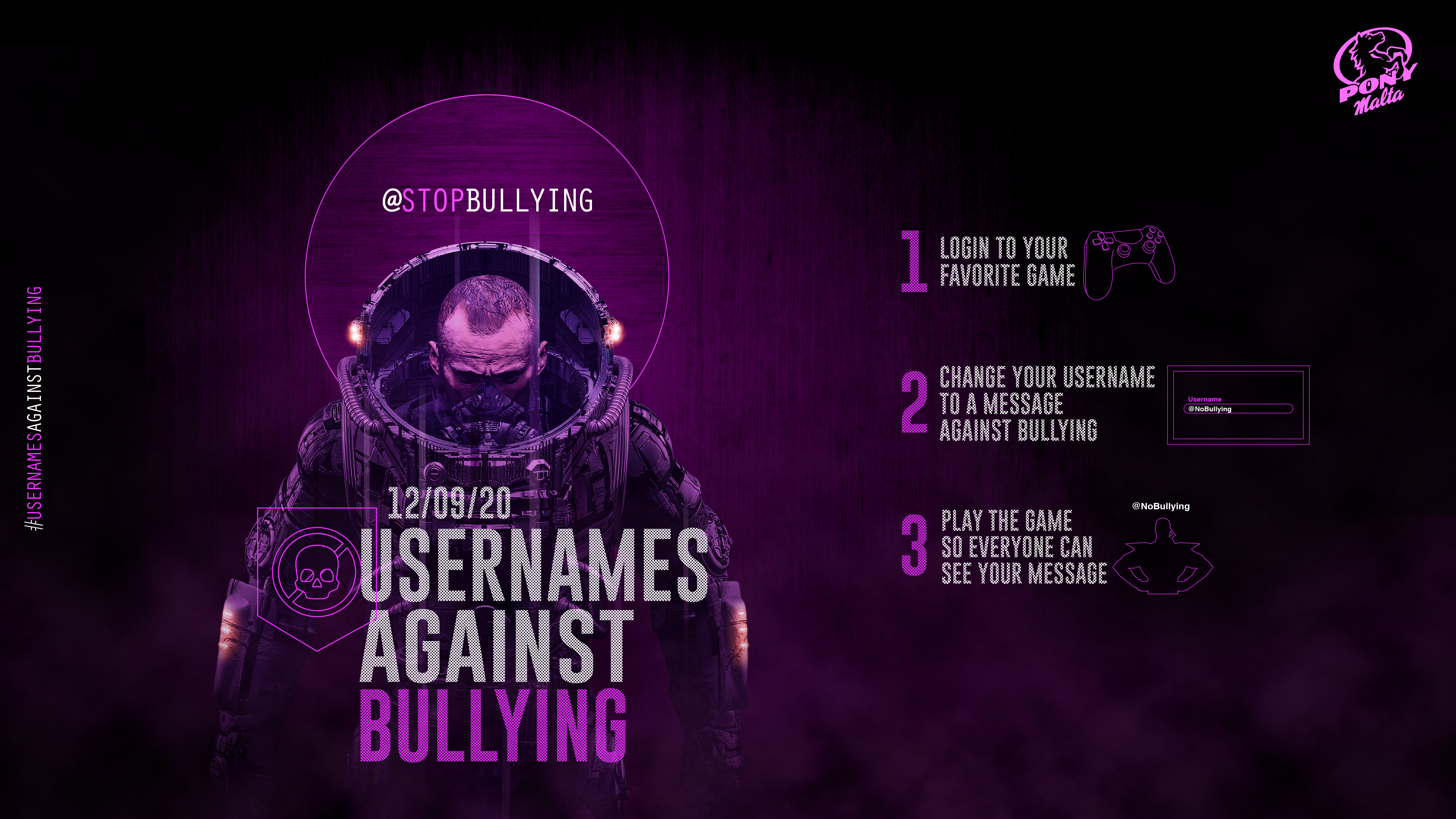 USERNAMES AGAINST BULLYING is the second campaign from Pony Malta and MullenLowe SSP3 to raise awareness of bullying. Earlier this year, they launched PRIDELISTS, a movement to celebrate diversity through music and help combat bullying among LGBTQIA+ students in Colombia. PRIDELISTS consisted of six different playlists on Spotify organized by the colour of their album covers: red, orange, yellow, green, blue and purple. People were encouraged to share one song from each playlist on their Instagram story to form the LGBTQIA+ flag on six consecutive stories and show their support for teenagers who have felt insecure at school due to how they express their gender or sexual orientation.