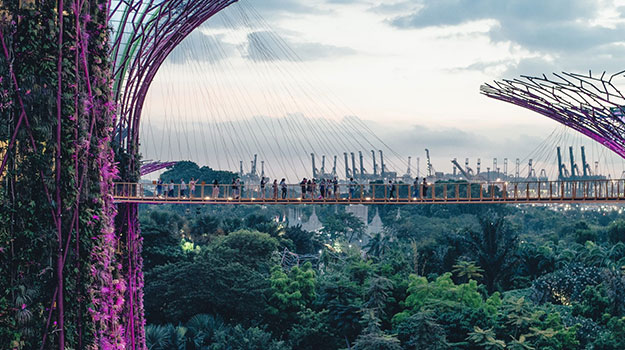 The novel coronavirus (COVID-19) epidemic is a pressing issue in Asia at the moment, especially in Singapore, where the number of infections is one of the highest outside of China. As patient numbers rise with no peak of the outbreak in sight, governments are struggling to contain the spread – not just of the virus; but of panic, fear and fake news.

Good communications is proving an essential ingredient in quelling citizens’ unease and fears. As Singapore’s Minister for Communications and Information, Mr. S Iswaran, stated, “When you have an outbreak like this, it’s not just a public health challenge, it’s also a communication and psychological challenge.”

Here’s what we can learn about risk communications from the Singapore Government, an approach which has gained praise from many public health authorities and experts around the world.

When the Government raised Singapore’s Disease Outbreak Response System Condition (DORSCON) alert from yellow to orange last Friday (7 Feb), it sparked a frenzy of grocery shopping among panicked citizens who rushed to stockpile necessities such as rice, instant noodles, tinned food and toilet paper. Within a day, many supermarket shelves were wiped out.

This prompted the Prime Minister’s Office to release a 9-minute video on social media the next day, of Prime Minister Lee Hsien Loong calmly and openly addressing the public’s concerns and shedding more light on the situation. He reminded citizens that “fear can do more harm than the virus itself” and reassured them that the Government is prepared and has sufficient resources for all. While he openly shared about the Government’s plan to tackle the situation in Singapore, he also did not hesitate to talk about how the situation might worsen.

According to Claire Hooker, a senior lecturer at the University of Sydney’s Centre for Values, Ethics and the Law in Medicine, the PM’s speech – which was delivered in three languages – “gave people very concrete actions” that “handed back a measure of control to people whose sense of control will feel threatened.”[1] The speech had its intended effect as supermarket queues returned to normal by Sunday.

•  Be open and transparent with your audience. Don’t shy away from the truth or hide facts – your audience is perceptive and treating them like your equal will help you gain their respect and trust.

•  Get a respected spokesperson or figurehead to deliver your message in a time of potential panic.

While social media and messaging apps have made it easier than ever to get updated on the latest news about the virus, they can also be the main channels perpetuating the spread of fake news. Even the World Health Organisation has warned against misinformation and the harm it can cause; yet people continue to spread fake news on the off chance that it might be true. To them, too much information is better than a lack of information.

To tackle misinformation, the Government has made communication with the public an important part of its efforts in containing the virus spread. They are distributing authoritative information across a diverse range of channels to instil confidence among citizens and residents that they’re getting information from trusted sources:

•  Setting up a WhatsApp channel to disseminate news about the virus in Singapore. To date, more than 360,000 people have signed up for the service[2], which provides status updates of confirmed cases, precautionary measures, health advisories, and more importantly, debunking fake news.

•  Communications is two-way. It’s not just about sharing your own news or side of the story, but also being aware of the current conversations and understanding the context, so you can react and respond accordingly.

•  Go where your audience is – consider using the same channels to connect with them and get their attention in a timely manner.

Besides disseminating information, the Government has shown its commitment to tackling the spread of the virus and care for citizens through its actions.

To encourage citizens to come forward if they are unwell, the Ministry Of Health (MOH) is offering financial help to quarantined Singaporeans, permanent residents, work pass holders and their employers. Confirmed cases also receive free medical treatment. This has allowed Singapore to quickly identify many cases and perform contact tracing efficiently.

When stocks of face masks began running out in stores, soldiers from the Singapore Armed Forces were mobilised to pack 5.2 million surgical masks to be distributed to 1.3 million households. Collection details were shared via grassroots volunteers who proactively reached out to residents, notice boards and digital display panels at all HDB lift landings and government social media platforms. Our client, People’s Association – a government agency focused on community building in Singapore – also plays an important role in responding to resident queries and ensuring that information on the ever-changing situation is available at community centres. The prompt communications, concrete actions and collaborative spirit from various government bodies is enabling Singaporean communities to rally and fight the crisis together.

•  Understand the concerns of your audience and provide them with viable solutions to make their lives easier.

•  Back up your commitments with concrete actions.

•  No matter how massive a project, a clear plan of action and communication can help to move things along smoothly and efficiently.

This article was originally published on MullenLowe salt