When It Comes To Sound, Image Means Nothing Posted on 25 September 2019 | Ad Age 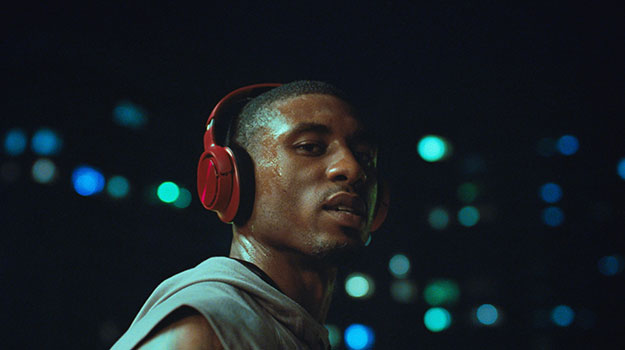 These headphone ads poke fun at rivals’ use of influencers

A new campaign from German audio brand Sennheiser pokes fun at rival brands’ glossy efforts to use influencers to promote their products.

The first work for the company by MullenLowe Group, the ads start off in the manner of other headphone brands (we’re looking at you, Beats) with the products being pitched by celebrities in an “inspiring” manner. In one, a basketball player steps onto the court wearing headphones and telling us solemnly “to get to the top, you can’t lose focus…that’s why I always have my music playing.” However, the action is abruptly interrupted as we see he’s on a film set, as the sound guy comments, “Would you really take sound advice from a basketball player?”

Another ad featuring a fashion model unfolds in a similar cliched vein, as she tell us the headphones help her forget the “cameras, crowds and the haters,” while a social spot shows another basketball player who’s actually revealed to be a DJ. The tagline is “When it comes to sound, image means nothing.”

The spots were filmed in Kiev, Ukraine and directed by British director Sam Pilling, who is known for his Run the Jewels “Nobody Speak” music video, via Pulse Los Angeles.

MullenLowe U.S.’ SVP creative director Jon Ruby says: “We wrote scripts with the most clichéd voiceovers to poke fun at the astounding lack of audio credibility when it comes to typical celebrity endorsers promoting headphone brands.”

Media for the campaign, via Mediahub, includes online digital video and audio partners like Spotify. Additionally, MullenLowe Open designed an online and offline retail experience for the brand.