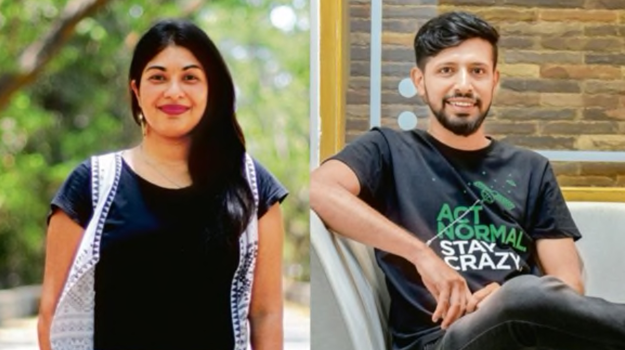 Younger workers are increasingly questioning their career choices in search for the ‘right job’. They are changing firms frequently, are stressed and anxious, but not ready to give up just yet.

Niyati Mirajkar qualified as an environmental scientist and took a job as an executive assistant at an environmental consultancy straight out of college, seven years ago. A year in, she moved to the environmental impact assessment department, believing it was more in line with her field of study. “But then I realized I didn’t like either, and moved to wildlife conservation,” says Mirajkar, 29. She kept wondering she wasn’t doing enough to have her dream career.

The concept of a quarter-life crisis—constantly questioning the path one’s life or career is taking—isn’t new, but for millennials and post-millennials, whose choices are not just wider but also more publicly broadcast via social media, it comes with greater anxiety and a sense of missing out. A quarter-life crisis is essentially a sense of falling behind or not achieving enough, leaving the person going through it dispirited and disillusioned.

Throughout her stint with the consultancy, Mirajkar believed she could do more. Reading stories of successful people in her field made her restless, but she couldn’t decide whether to move to another organization or get a master’s degree abroad. On social media, she saw her musician and freelancer friends living life on their own terms, and the anxiety mounted.

A report by Cigna TTK Health Insurance that says 95% of millennials in India are stressed due to work, which is higher than the global average of 86%. Small wonder then terms like burnout, dissonance, anxiety, and fear of missing out (FOMO) are increasingly common in the modern office.

Heather Saville Gupta, group HR director at advertising firm MullenLowe Lintas, says the young generation is quite restless in the workplace. “Younger employees must learn that they need to work hard to climb the ladder before success comes. The more they can focus on their work, on being the best they can, and not reacting to constant peer and social media pressure, the better.”

She suggests that HR teams in companies need to be closely associated with employees to be able to address the particular anxieties that younger workers have. “Many HR people tend to be more operational than strategic, and more concerned about policy and regulation than about deeply connecting with the workforce,” says Gupta.

Mukulika Ghose Banerji, counsellor at Mumbai’s INAC Assessment and Counselling, says about 70% of her clientele in the 25-35 age group have anxiety about the direction of their careers, which is further exacerbated by the inability to resolve interpersonal conflicts at work. “Add to this, the element of competition and lack of confidence as to whether their technical and other skills are good enough, and we have a lethal mix,” she says. The anxiety makes them unable to take effective decisions at work, making it a “vicious circle,” she adds.

“Lacking purpose” is a another cause for anxiety among millennials.

Siddharth Sikchi, 25, a strategist at a digital advertising agency, qualified as an engineer but didn’t want to work as one. Advertising, on the other hand, wasn’t challenging enough. The agency moved him into a social media strategy role. Three years later, Sikchi began to feel burnt out due to the long hours and monotony of the job. He also felt his career “lacked purpose and meaning”.

For Karthik Yermunja, the sense of “lacking purpose” began after the company he worked for five years ago moved him to a new role that made him feel redundant. At the homegrown IT company he worked for then, he often found himself posted abroad, and he enjoyed the work and the life he lived. When he had to return to Bengaluru following a family emergency, there was little for him to do in the company. “I felt like my work was stolen from me. I realized how easily I could be replaced. I wanted to quit and get a more fulfilling job, but I’d have anxiety attacks about whether I would earn enough,” says Yermunja, 32, now a software product manager at Ather Energy.

Looking back, he wishes his former company had an employee mental health outreach programme.

Several young employees approaching Banerji for therapy talk about the intense pressure they face from organizations in terms of workload and nearly impossible targets. It isn’t uncommon for the resulting burnout to push them into “suicidal thoughts at times”, the expert says.

Automation and losing jobs to a technology solution is another fear that younger workers contend with. Gupta says the onus of upgrading skill sets lies with both employees and the organization. “Every employee has a certain responsibility to keep upgrading skills, regardless of age, and there are many online opportunities to learn and grow. At the same time, companies also need to provide learning opportunities. Unfortunately, most organizations reserve this training for leadership,” she says. Gupta believes that HR teams and leaders should also develop their own behavioural skills, emotional quotient and emotional intelligence to counter such fear that employees may have.

Having been through several ups and downs in her career, Mirajkar, who’s currently exploring job opportunities, says work isn’t just about doing what one loves. “I’ve realized how important it is to have a marketable skill.You can develop subject knowledge as you go along. I don’t subscribe to the ‘follow your passion’ mantra anymore without some sort of practical plan.”

This article was first published on livemint.com