Congratulations to our talented winners!

This year saw us host the 7th annual MullenLowe NOVA Awards in conjunction with Central Saint Martins, one of the world’s leading centres for art and design education. The awards recognise and showcase the freshest new talent and aim to spot the creative stars of the future by acknowledging and celebrating the innovators and risk takers.

The winners were selected from the final degree shows at Central Saint Martins covering a breadth of courses including Fine Art, Design, Photography and Art & Science. From over 1,300 graduating students, just five MullenLowe NOVA awards were presented to students whose work is bold, ambitious and pushes the boundaries of their chosen field. The winners represent relevance and fresh thinking with an emphasis on skill and exceptional accomplishment. 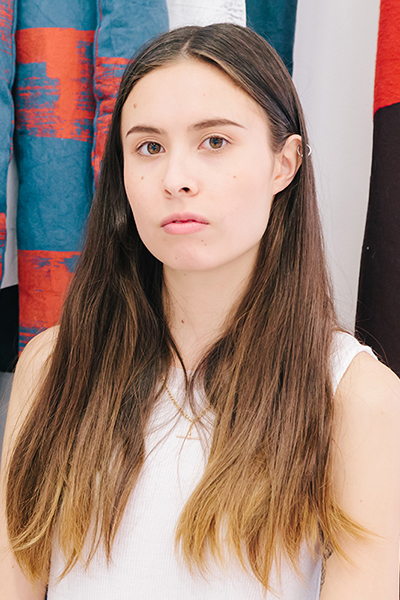 Hidden Beauty in the Accidental: Discarded Ephemera of Daily Life

Experiments in chance operations, inspired by late twentieth century Fluxus artists such as Joseph Beuys and John Cage, provided a starting point for what would later evolve from small scale works in paint to large scale print body pieces.

Working organically — allowing my work to grow naturally from an expressiveness not rooted in any form of predetermined design — facilitated a gestural freedom that resulted in work that favoured the unexpected.

In the absence of formal planning, constraints placed on my process such as restrictions on time and physical limitations (in one experiment I restricted myself to painting using only my mouth, in another, whilst blindfolded) provided some form of framework that constantly challenged the possibility of repetition and gestural stagnation.

Translating these chance works into larger scale, print-based body pieces later shifted my emphasis towards the theatrical. Taking inspiration from Japanese Kabuki theatre (my own roots are half Japanese), as well as body artists and avant-garde artists and fashion designers such as Lucy Orta and Issey Miyake, I explored the dissonances and interactions between the human form and my works.

Movement is central to my practice. As the performer/wearer moves, both the body and the works appear distorted, perverted from their original state. As with my earlier experiments, the emphasis was on chance and how outcomes can be manipulated through arbitrary, oftentimes banal actions. Using film, I have been able to underscore the accidental, expressive quality of my work.

Moreover, strict choreography was abandoned in favour of the spontaneous — a move that allowed for mishaps and experimentation. Indeed, central to my work is the absence of narrative. Intuition over formal planning, therefore, allowed my work to appear kinetic, rather than fixed; organic and in flux. 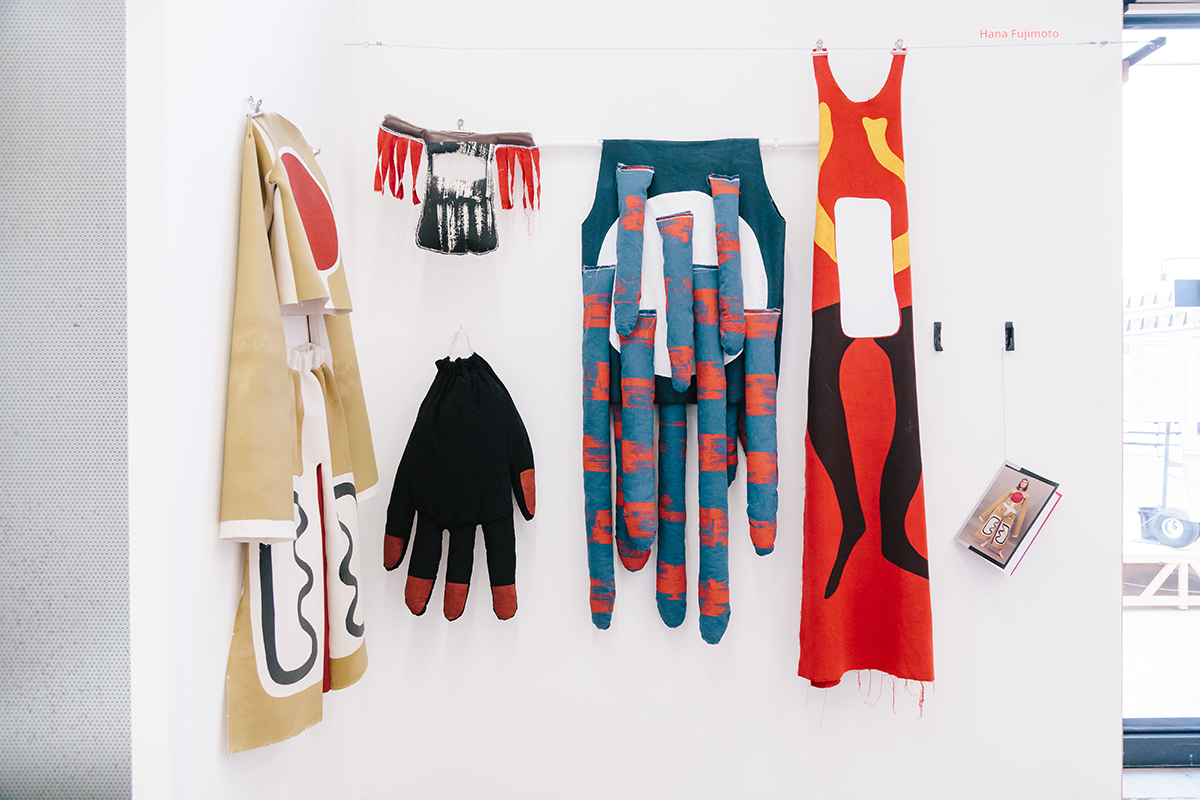 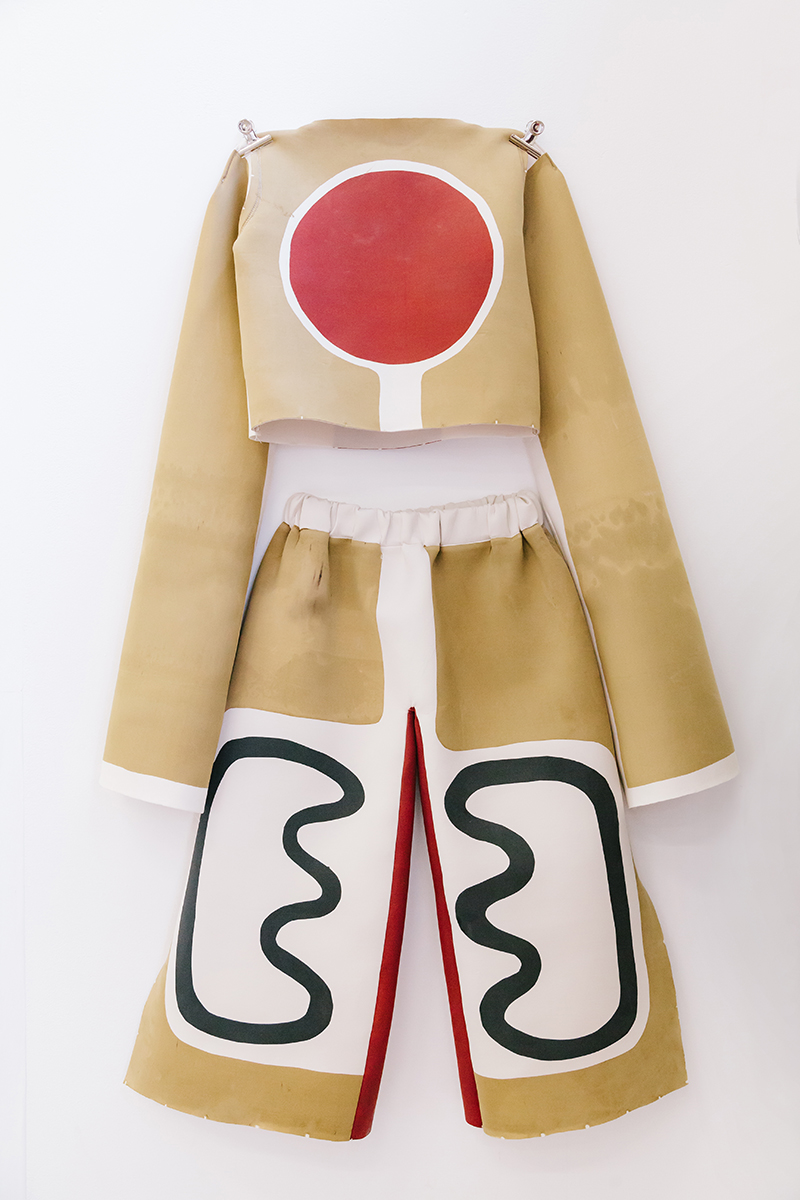 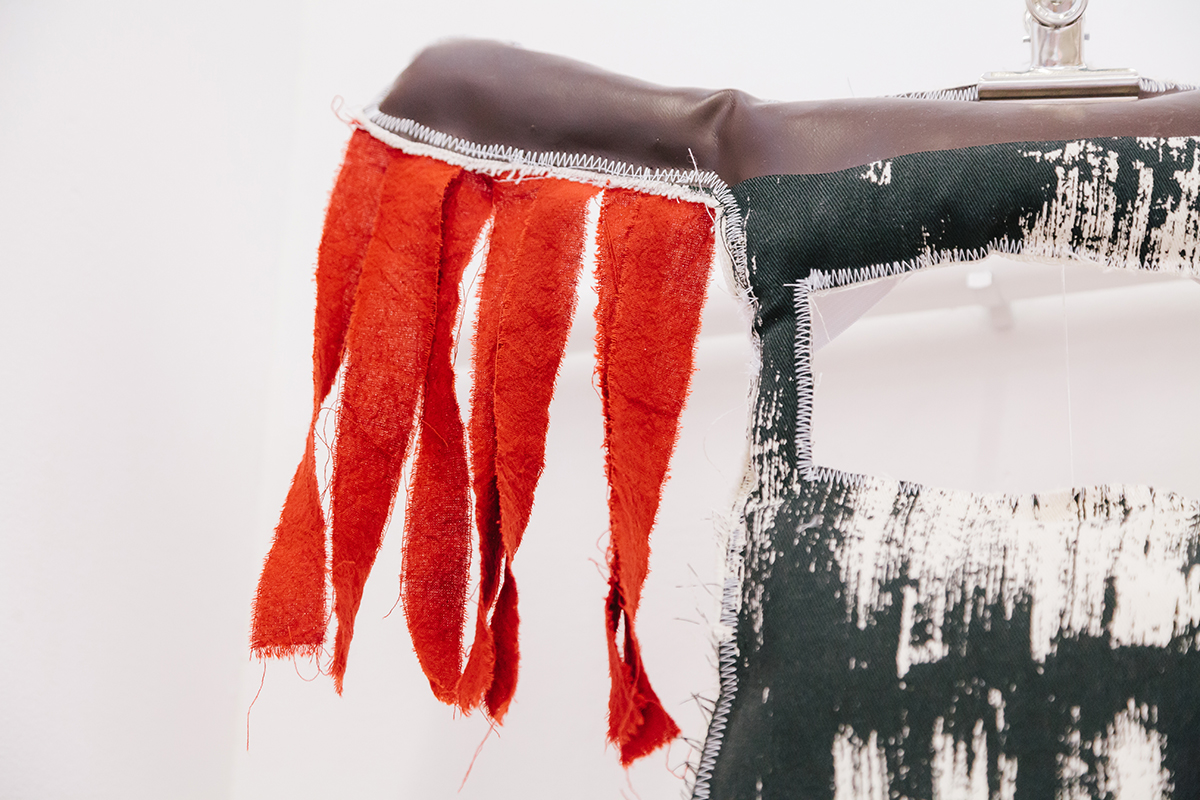 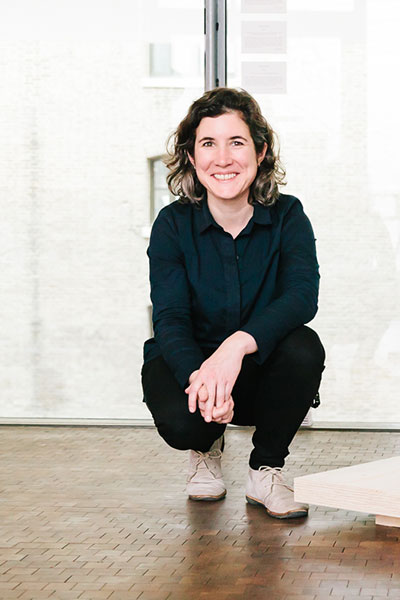 My creative practice explores ways of visualising and communicating climate change and is inspired by a fusion of my interests in science, nature and travel. During the MA, I began the ongoing project What Goes Around Comes Around (2016-). It explores the relationship between consumer lifestyle in Britain and the Arctic environment, with particular focus on the impact of plastic waste. It challenges audiences to question the impact of their own lifestyle choices, central to this is an exploration of the ways art can effectively communicate scientific and environmental issues without being didactic or overly moralistic.

My awareness of, and interest in, climate change began two years ago when questions were raised about the environmental impact of my lifestyle that I had not previously considered. What I have learned has been quite overwhelming. For me, coming to terms with the implications, coupled with the recent loss of both my parents, has made my journey very much a search to reconcile my simultaneous bereavement of reality and Self. In this way, my practice is partly autoethnographic, centring myself within my exploration as an observer and as one of the observed, recognising and challenging my own identity as a British consumer and contributor to global climate change.

At its core is an ongoing internal dialogue in which I am questioning my desire and ability to redefine my existing values. I find it increasingly important to experiment with ideas of contradiction, metaphor, juxtaposition, interruption, and repetition, as well the use of artefacts and materials that are authentic to the subject such as repurposed waste plastics. My work closely references current scientific research on climate change and plastic pollution and addresses ideas of the Anthropocene, identity, legacy and loss. 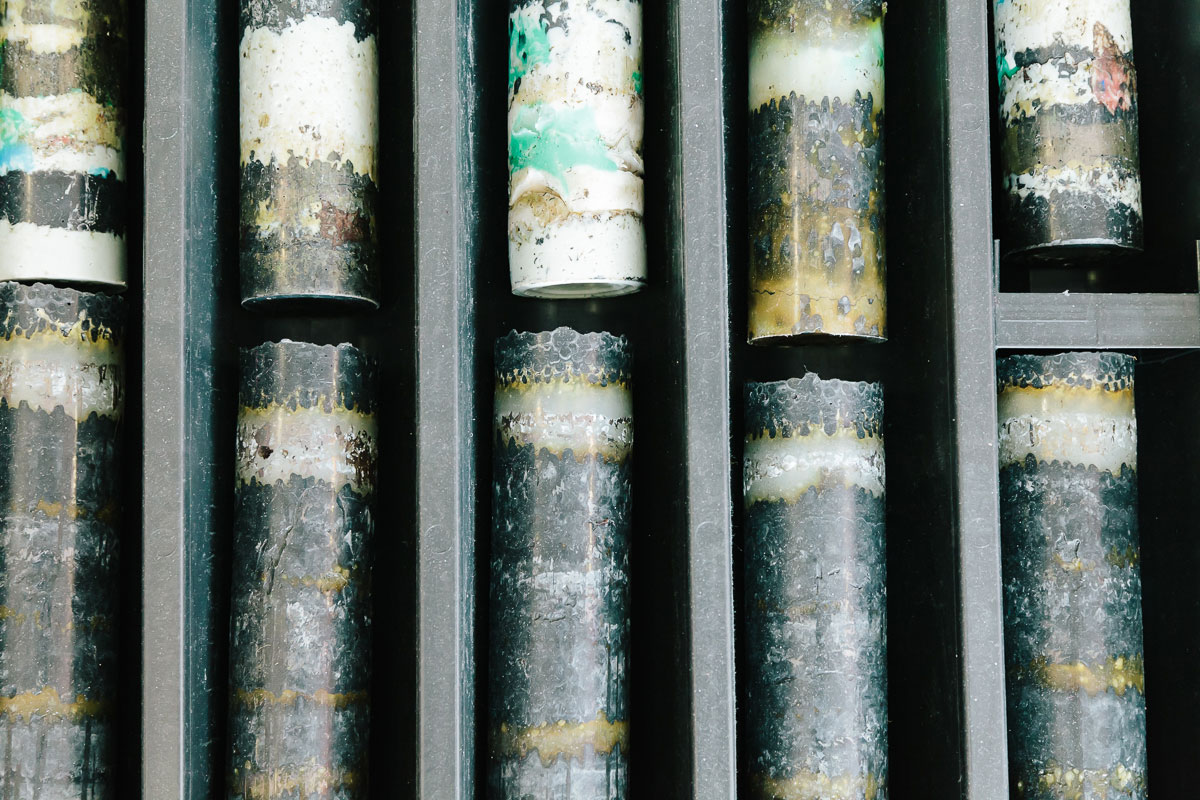 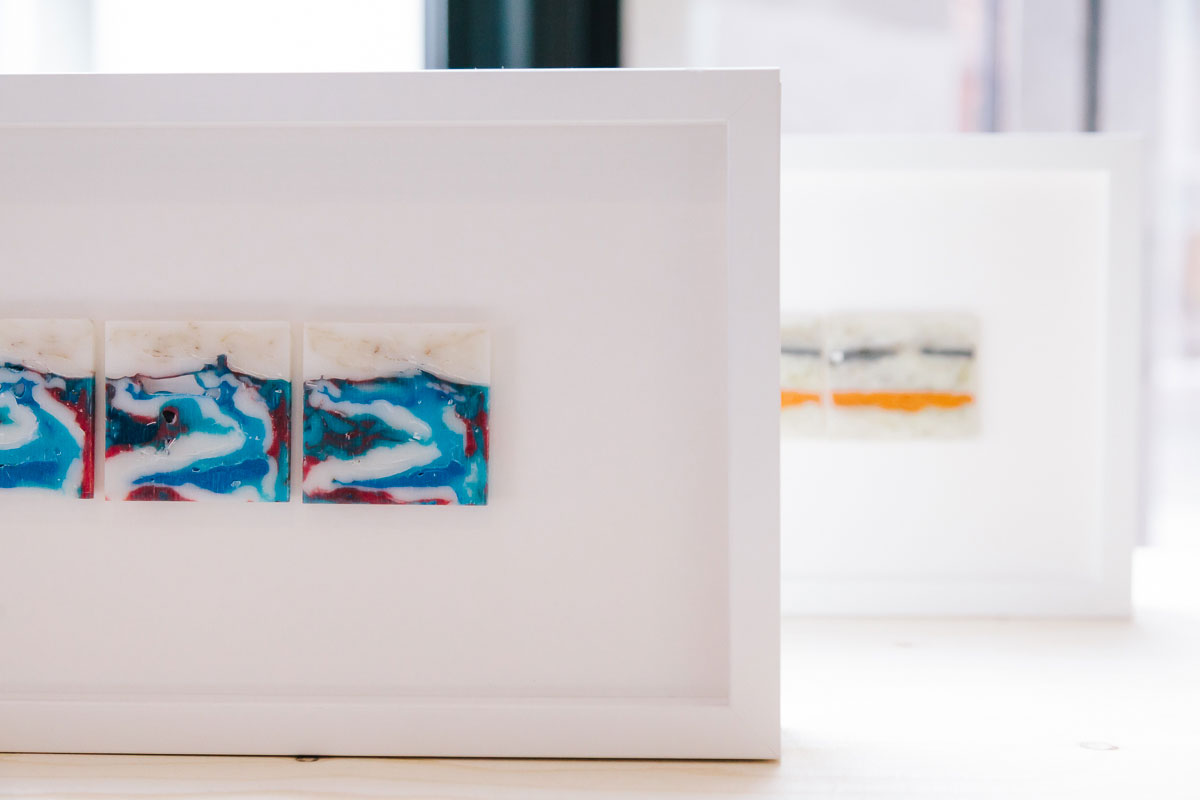 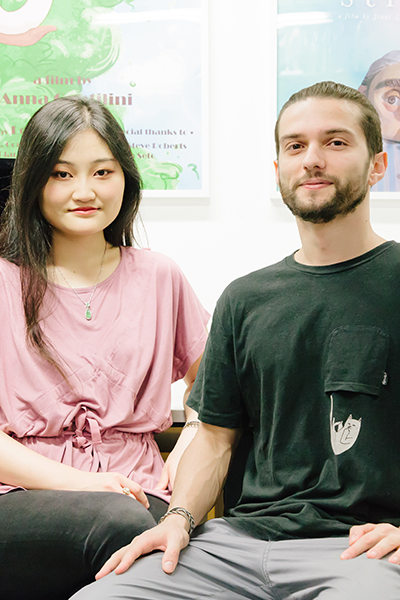 The movie Stroke was inspired by Dr Taylor’s talk on her experience of having a stroke.

What drew our attention to the story was how a stroke, commonly regarded as a negative experience, could be so positive and revealing for someone. Keeping the strong subject of such a dangerous disease, the unexpected interpretation is what guided the creation of the short, which is focused on one’s subjective vision, usually exclusively reserved for the subject who experiences it, made available to the audience using animation as its media. 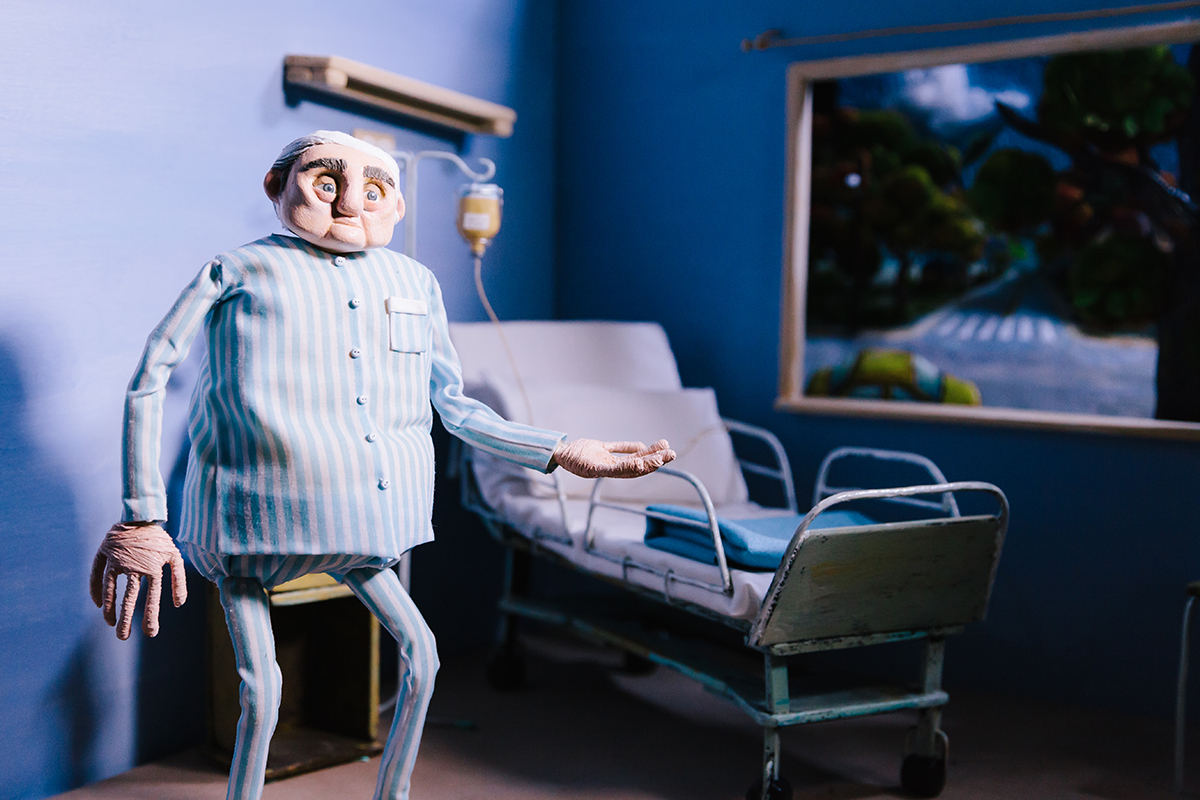 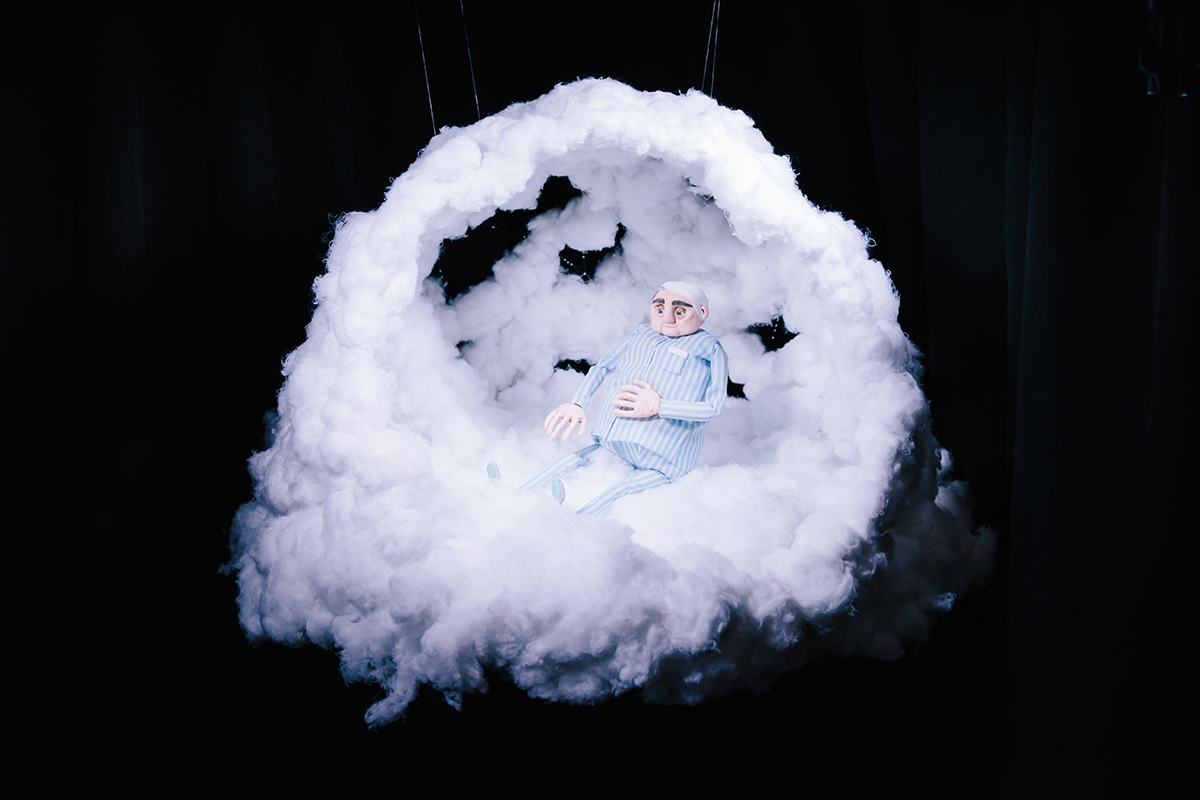 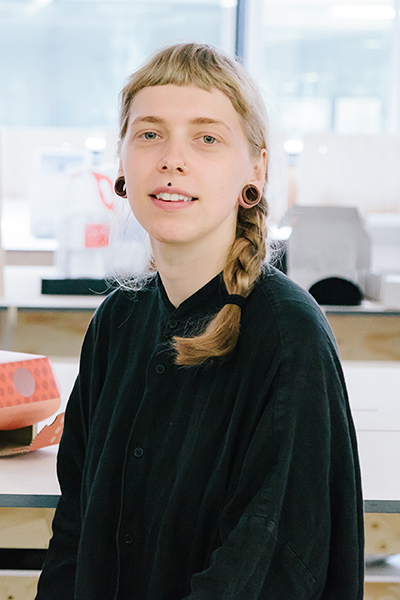 A socially, economically and ecologically sustainable menstruation management service. Providing products and a service that are healthy for people, the planet and the pocket!

MCycle delivers, by cargo bicycle, a box each month before your cycle starts, guided by a menstrual tracking app. Inside, it has a compostable, water resistant and antibacterial sack which contains compostable tampons and pads which can be emptied into your preferred place. Once empty, you seal the sack and place it back inside the exterior box. The entire package then becomes the bin for the tampons and pads. It can be mounted on your bathroom wall or kept in a cupboard depending on your needs. Once your cycle ends we pick up the package. It is then taken to a waste storage facility where the package is separated. The internal sack and its contents are composted into non-food soil for prison parks, playgrounds and football fields and the external cardboard box is recycled. A complete circular economy.

The company is a co-operative and benefits are threefold. Firstly, the product gets cheaper over time. Secondly, as a user, you become a shareholder and get a share of the profits at the end of the financial year. You can become an ‘mCycle lifer’ where these profits are saved and returned to you when you reach menopause, like a period retirement fund. Thirdly, you will be prompted to vote on any changes to the company and can suggest ideas. This will also create an online network where users can share stories and support one another just like Mumsnet. This is extremely important as menstruation being a taboo means some people find themselves with no support system to talk about their bodies in a healthy way. 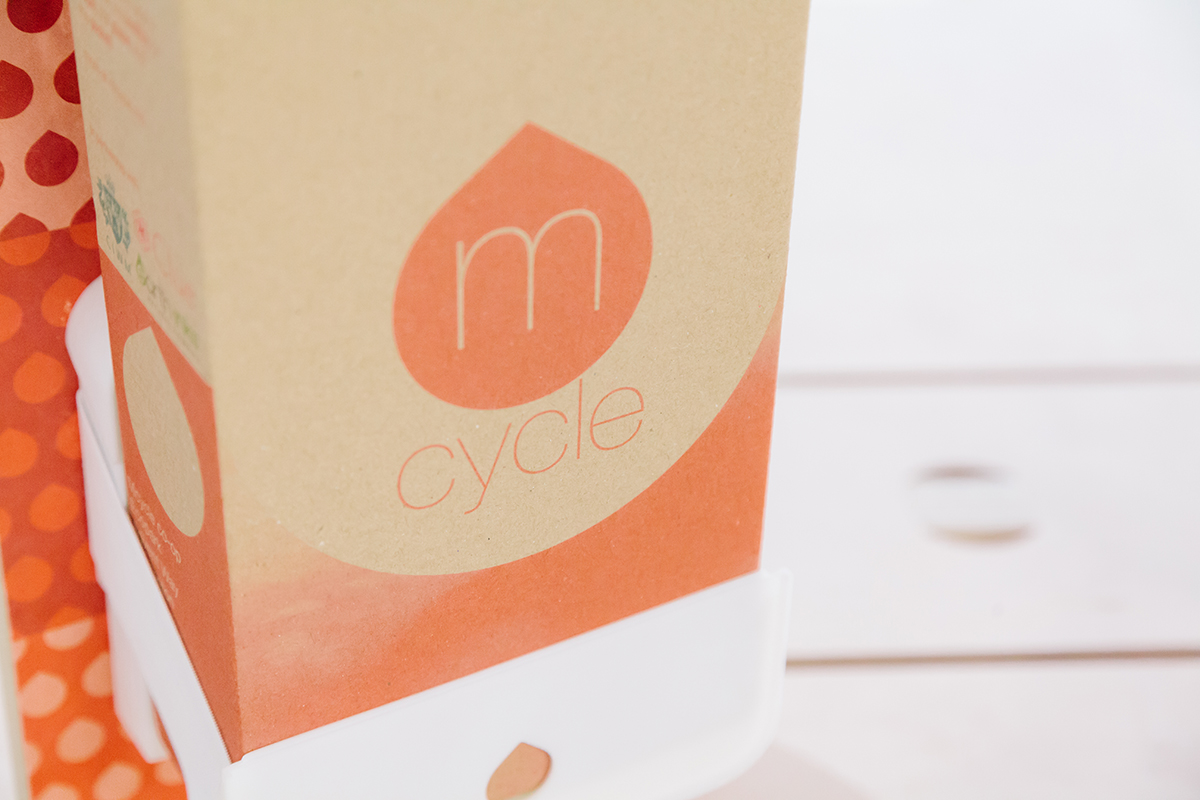 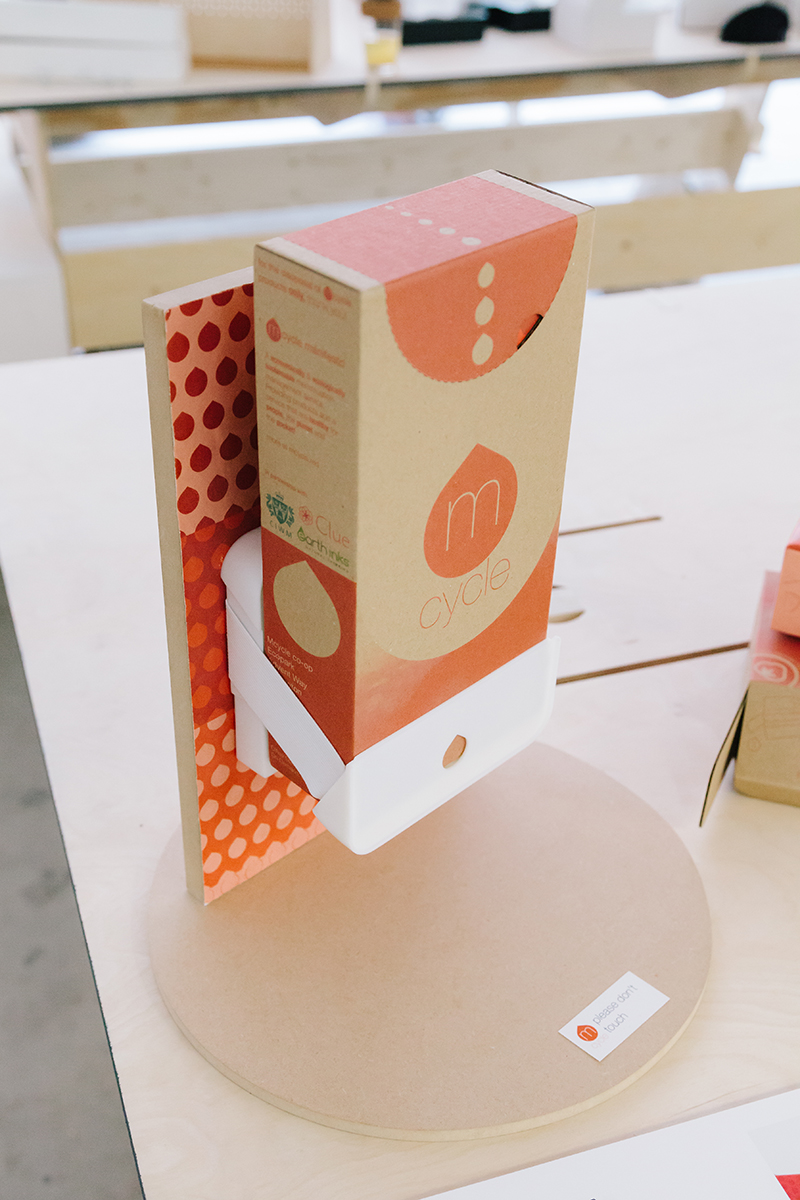 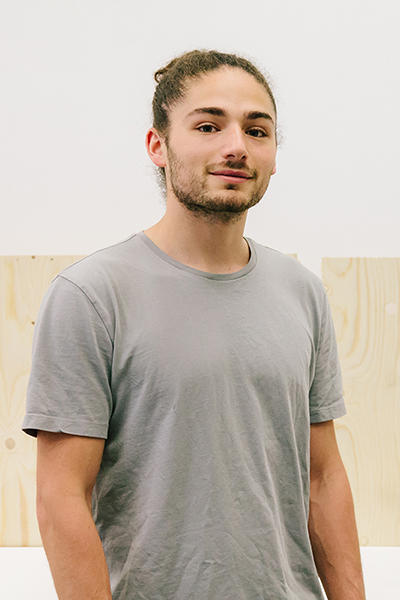 LifeCycle is a bike saddle with distinctive individual benefits in terms of comfort, performance and status. A celebration of technology and information, challenging the traditional and pushing innovation. The self-service experience ensures you receive a bespoke product that is uniquely engineered to fit for your optimal comfort, possible only because of innovations in manufacturing technology.

A seat designed for cyclists who want to pedal into the future, taking control of the products in their life, LifeCycle ensures that you are no longer restricted in choice. You have freedom of expression.

The connection between you and your bicycle seat is personal. The surface of the saddle is supported by hundreds of branches. Based on your data, these are purposely positioned to optimise comfort and performance just for you. The structure of these branches are generated by an algorithm, inspired by nature, minimising waste in favour of the most efficient configuration possible.

The striking LifeCycle structure resembles an organic network of nodes, stemming out from a central trunk that meets the bicycle frame. This is only achievable with the latest 3D printing technology paired with the development of advance materials. This process is currently undergoing an aggressive reduction in cost making LifeCycle affordable.

Designing your LifeCycle saddle is a self-service experience beginning with the measure of your sit bones. Readings are recorded by sitting and imprinting your sit bones on a pressure sensitive surface and rocking back and forth to achieve the perfect mould. The information required such as height, weight and riding style ensures a perfect fitting to your seat. You are then given creative freedom to personalise features such as padding thickness and finishes of your bespoke saddle.

LifeCycle enters the mass market arena as a bespoke product, personal to your body, taste, and use. 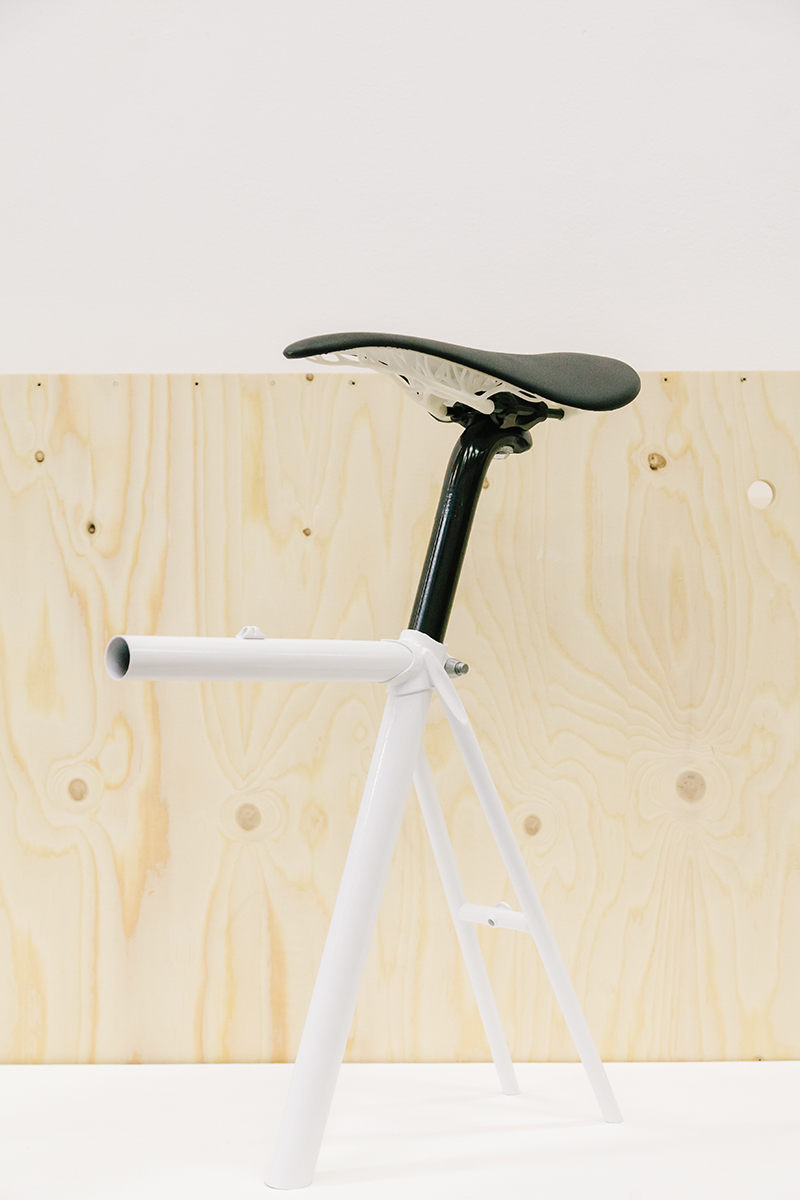 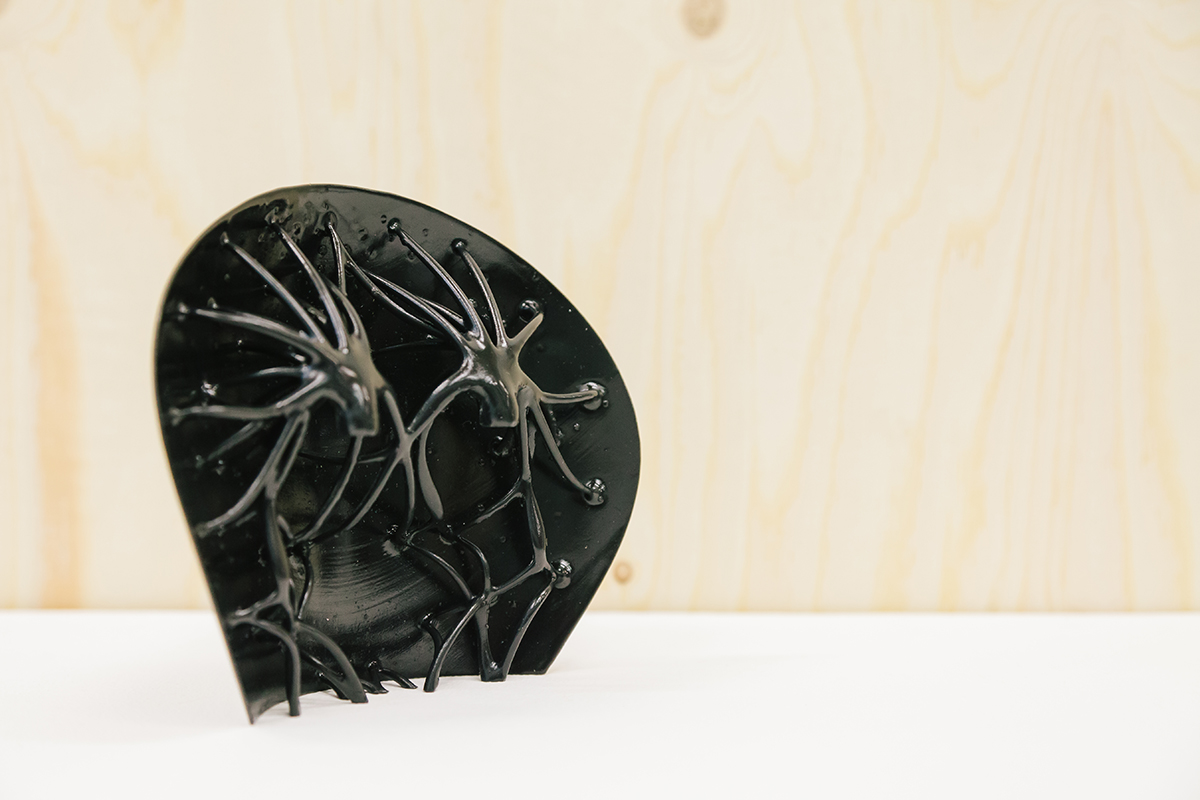 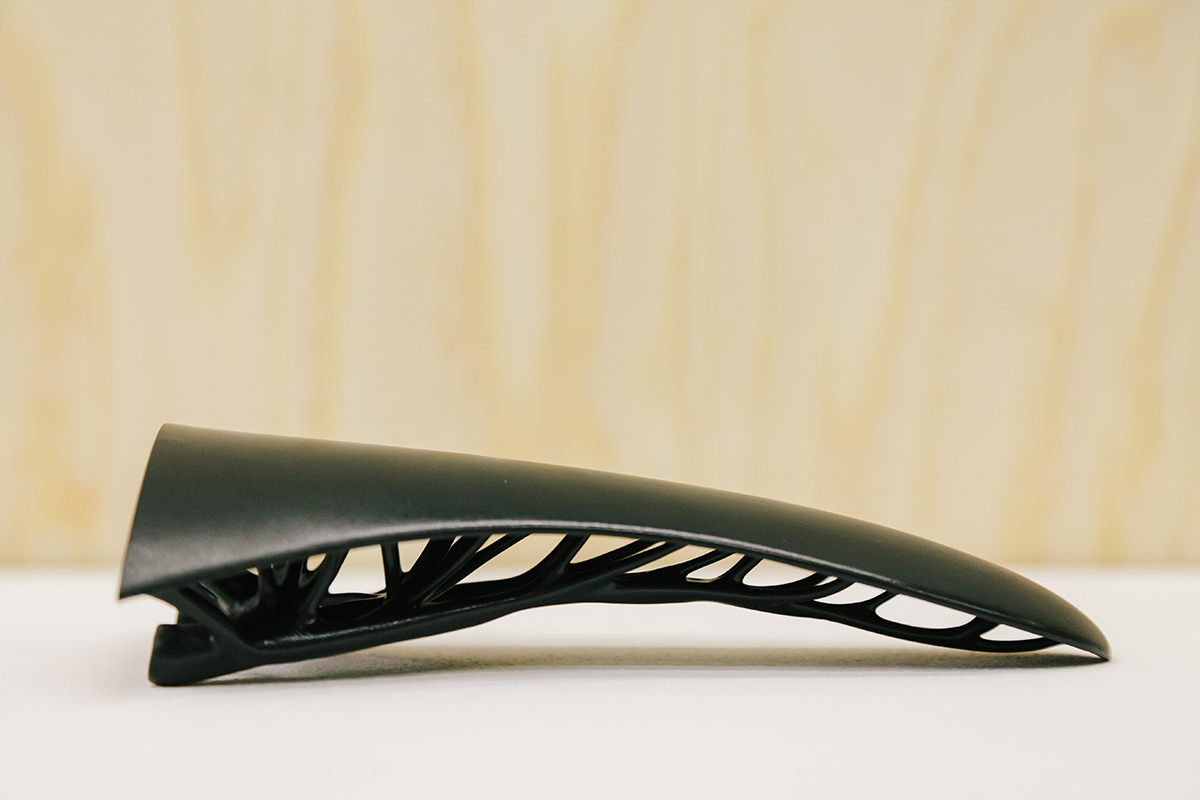