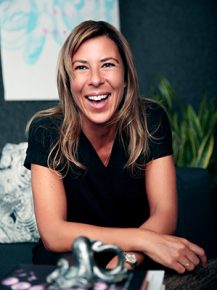 In 2016 she led the global rebranding of the MullenLowe Group network following the merger of Mullen with Lowe and Partners. The merger rebranding was awarded a Cannes Lion in 2016 and led to the network being named to the Ad Age A-List.

Naomi joined MullenLowe Group from Havas where she held key roles across Europe, the USA and Asia. She served as CEO, Havas Worldwide Southeast Asia, based in Singapore and overseeing operations in Singapore, Indonesia, Malaysia, the Philippines, Thailand, and Vietnam. Prior to her time in Asia, Naomi served as Global CMO of Havas Worldwide, based in New York, where she also led the global rebranding of the Euro RSCG Worldwide network and its agencies as Havas Worldwide.

Naomi has worked across a range of categories and blue-chip clients including Coca-Cola, Nestle, LG Electronics, News International, Credit Suisse, Edgewell Personal Care, AkzoNobel, Uniqlo and H&M. She has served as a judge for numerous advertising awards, including Cannes, Spikes Asia, Cristal Festival and the EFFIES, and sits on the International Council for WGI Worldwide, an international organization to educate people around the world to combat illiteracy.

Naomi started her career at McCann Erickson, graduated from Oxford University with a degree in Biology, and lives in New York.